How to… deal with complaints of sexual harassment

Following revelations of inappropriate behaviour by high-profile figures in the arts, Simon Jones offers practical guidance for small organisations on handling such situations. 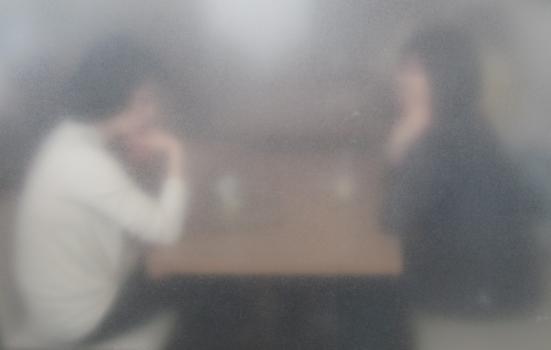 One of the first things to understand is what sexual harassment is (and isn’t). Harassment is behaviour of a sexual nature which makes a person feel intimidated, demeaned or humiliated. It could be a comment, invading personal space, inappropriate physical contact (for example, a hug if the person has made it clear they don’t wish to be hugged), or creating an atmosphere in the workplace that could be considered demeaning (page 3-style calendars, wolf-whistling).

Harassment shouldn’t be confused with sexual assault, which is a criminal matter and concerns non-consensual touching of another person in a sexual way. It is a matter which would be investigated by the police, is subject to the higher standards of criminal proof and could lead to imprisonment for the perpetrator. If you suspect an incident to be sexual assault, you should encourage the individual to report the matter to the police.

As harassment is a civil matter, if matters cannot be resolved in the workplace, they may end up in the employment tribunal system. They are subject to the ‘balance of probability’ test and not absolute proof – in other words what is the most likely explanation when matters have been investigated.

Although harassment is predominantly decided on the perception of the individual who believes they have been harassed (not the intention of the alleged perpetrator), there is also a ‘reasonableness’ test. Given all the circumstances, would it be reasonable to assume that the comment or action was harassment?

As an example, it’s unlikely that a male employee who made a one-off comment to a female colleague about her new hairstyle would be considered to be harassing her. If, however, he made frequent comments about her appearance that she considered unwelcome, it might well be.

Complaints should always be treated seriously. Establish from the individual what exactly happened if you can, when it happened and whether there were any witnesses. Handle this sensitively – it can take a good deal of courage even to make a complaint.

Equally, do not assume guilt. Keep an open mind until you have investigated as much as you can, including getting the alleged perpetrator’s side of the story. As with all disciplinary issues, natural justice requires you to inform someone of the allegations against them, although you may well want to suspend the alleged harasser on full pay during an investigation, especially if their presence in work might hinder this.

Often matters will be one person’s word against another. In such a situation, you need to use the balance of probability test – which version of events seems the more credible explanation?

Even if, after investigation, the claims appear to be substantiated, dismissal is not always the automatic decision. You need to consider the full circumstances of each individual case.

Communicating with the complainant

One thing that is often overlooked is the need to keep the complainant informed. The detail and reasons for disciplinary action (whatever the cause) are confidential between you and the individual concerned, but where a colleague has raised a complaint you should keep them up to date with what you are doing to deal with it. Striking a balance can be difficult – the case of Max Stafford-Clark seems to have come to public attention not because the theatre company didn’t deal with the complaint seriously and act promptly, but because it didn’t communicate properly with the individual who raised the concerns.

This becomes especially problematic if you decide, as an organisation, that matters would be better resolved by a settlement agreement for the individual to leave. Such agreements normally include as standard a clause that neither side will discuss the terms or reasons for leaving – which are sometimes emotively called ‘gagging clauses’. In cases of sexual harassment, this can be problematic. Should you allow a harasser to move on without others being aware of the reasons why they left? So use settlement agreements sparingly.

Vexatious claims are rare – but they can happen. If your investigation suggests that the complainant has maliciously invented the alleged harassment, then you may want to consider action against them. Don’t confuse this with simply making a complaint which you find to be unfounded – there needs to be deliberate intent to make a false accusation.

Minimising the risk of harassment doesn’t mean having complex and bureaucratic HR procedures. But you should have clear, written standards of conduct that everyone is aware of and that you act on if they are breached. It’s often helpful to designate an independent person such as a trustee to receive complaints.

Organisations in arts and related fields can often be more at risk of  abuses of power because they often rely on ‘patronage’, where an individual has the sole authority to decide on another’s suitability for a job or promotion, such as a theatre director conducting auditions for a part. While having formal recruitment systems may not be sensible or possible in such circumstances, organisations may want to review how they can minimise such power relationships, for example, having at least two people involved in casting or other selection decisions.

Arts organisations frequently have a more tactile culture than other areas of work, but it’s important to remember that this may make individuals feel uncomfortable in certain situations. Being flamboyant, eccentric or ‘That’s just the way I am’ is no defence against a harassment claim. Similarly, flirting is only acceptable if both parties welcome it – and if you are the one in a more powerful position think carefully before you flirt with a work colleague.

Alcohol is more prevalent and acceptable in many parts of the arts world. But again, having had a few drinks at a private viewing at a gallery or a post-show party is not an excuse for behaviour that wouldn’t be acceptable at another time.

Remember that while most cases are of male staff harassing female ones, don’t ignore cases of same-sex harassment or of women harassing men. It’s the power relationship, not the gender that matters.

Update 21/11/17: This article was updated to clarify the definition of sexual harassment.

My understanding of sexual harassment is that it need not be "designed" to intimidate, demean, humiliate etc, but rather it has the *effect* of doing so (per the fourth paragraph of this article, which refers to perception versus intention). I wonder if the second sentence could be edited to provide clarification?
Hi Lady P. Yes, you're right. As the fourth paragraph describes, a case of sexual harassment is generally judged on the perception of the individual who has been harassed. We've updated the first paragraph to reflect this.

How to… deal with complaints of sexual harassment