Arts organisations are turning a blind eye to sexual harassment

Arts workers have lifted the veil on the secrecy surrounding sexual harassment in the arts, revealing the extent and impact of the issue in hundreds of comments through ArtsProfessional’s latest survey. 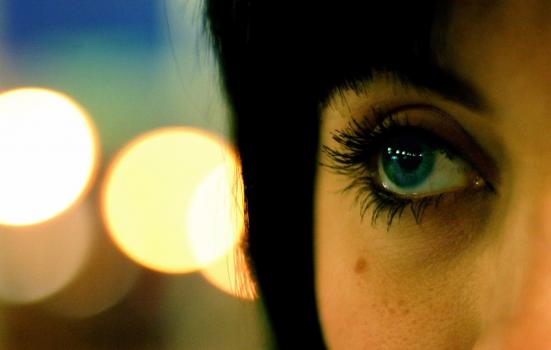 Nearly 500 women, and men, across the arts sector have placed on record their personal experiences of facing sexual harassment in the workplace, many having previously told nobody but friends and family.

The findings of an ArtsProfessional survey, which received 1,341 responses from arts workers, reveals an endemic culture of fear around speaking out about harassment, driven by the threat of losing work or not being taken seriously by their employers.

Of those who had spoken to their employers about an incident of sexual harassment, less than a quarter (23%) felt they received an adequate response; and three-quarters of all those who were aware of sexual harassment having taken place in arts and cultural workplaces said they knew of incidents that had gone unchallenged.

473 survey respondents said that they had personally been subjected to sexual harassment. Their stories, some of which named the individuals accused and the organisations that turned a blind eye, talk of harassment, primarily (69%) by those in more senior positions, including trustees, but also by people external to the organisation, such as donors, audience members, journalists and consultants.

The seriousness of the issue is revealed in the actions victims have taken in response to sexual harassment. 8% took time off work and almost a quarter (23%) said they ended up leaving their organisation because of it.

For some, the incidents they describe took place in the past, but for others it is ongoing and current. One respondent said: “Both my boss and I are subjected to sexual harassment on a regular basis by the CEO. We have discussed it and feel that we wouldn’t be able to stop the behaviour so we choose to ignore it and let it happen.”

Equally problematic in arts organisations appears to be a culture of bullying, which was not the subject of any question in the survey, but nonetheless was raised many times among the more than 1,000 extensive comments made by respondents.

The alleged perpetrators of inappropriate sexual behaviour are both men and women, although certain demographics and types or worker appear to more vulnerable to sexual harassment, notably:

Certain aspects of cultural workplaces appear to make them fertile ground for sexual harassment, especially the fact the sector is highly competitive. “The arts is a hugely competitive sector which is hard to break into this enables people in positions of power to get away with sexual harassment because the fear of reprisal is too great,” commented one respondent.

Freelances and artists are seen as being particularly vulnerable as they “need commissions and don’t want to rock the boat and cause a fuss in case they don’t get recommissioned”.

Other respondents mentioned arts-specific situations in which such behaviour can develop, notably social functions, where the “alcohol, late nights and touchy-feely culture” mean that boundaries between the professional and the social tend to be blurred. The intensity of the rehearsal room, and higher education settings, were also mentioned as contexts where sexual harassment has occurred.

424 respondents took the opportunity to comment – many at length – on the apparently embedded culture of silence around sexual harassment. Fear of damaging career prospects, of personal reprisals, and of causing trouble for the organisation, were at the heart of many responses.

Respondents commented widely on arts organisations’ failure to provide clear policies for dealing with sexual harassment, and a lack of understanding over what constituted inappropriate behaviour.

Whilst work-place policies relating to sexual harassment do exist, 23% said their employer had no policy, and a further 35% didn’t know whether they did or not. This figure was over half among freelance workers.

Whether such policies are effective or not is questionable. In some organisations, the existence or absence of a policy appears to make little difference to the likelihood of inappropriate behaviour being tackled.

Just 1.5% of those who told their employer about an incident said they implemented a sexual harassment policy, while 41% said they took no action other than offering advice.

One person said: “There is a still a gap, however minor, between rules and culture (particularly when it comes to older, senior, white males).” Particular issues were raised in relation to small organisations, with one saying: “When the person who would ultimately be responsible for implementing the policy is the one violating it, it doesn’t fill you with confidence that your concerns will be taken seriously.”

Head in the sand

Many reported not being believed when reporting an incident had taken place. One person said: “I told senior staff I could not work with an individual who had assaulted me in the past, and they refused to believe me and actively accused me of lying.” Another commented: “I felt I was being punished for what happened rather than him. It was so unfair.”

Many referred to the “dismissive” attitude of management and colleagues towards reported harassment, with comments such as “that’s just how he is” or “he probably didn’t realise it was upsetting you”. One described how inappropriate behaviour is being justified on the grounds of “artistic temperament”, which seems to cover a variety of bad behaviour, and excuse it as ‘artistic passion’ or ‘eccentricity’.

Several pointed to a “sweep it under the carpet” culture or “head in the sand” attitude held by management and trustees, often due to the potential ramifications for the organisation if they were to take action in connection with reports of abuse. This appears to be heightened if the alleged perpetrator is seen as critical to the organisation’s reputation or financial success.

One said: “Any allegations would be taken incredibly seriously if regarding a low-level staffer but would be completely ignored if they regard a patron, and potentially threaten your job if they involved a high-level donor. I’ve seen all three happen.”

Another commented: “When arts organisations have spent years promoting an artist’s work they especially don’t want to hold them accountable – it’s more than them being an ultimately replaceable employee, they rely on the artist’s reputation to form the basis of their own work, so they are very protective of that.”

The absence of effective HR functions in many arts organisations – primarily due to their small size – appears to be a significant contributor to the problem and a particular issue for contractual workers. Many commented along the lines of one respondent, who said: “It can be difficult to know who to report to on this or any HR problems.” Another said: “There have been several complaints I know of, but since HR is a woman also in fear of her job, she does nothing.”

Some senior workers are conscious they want to support staff faced with sexual harassment, but feel ill-equipped to do so. One said: “I don’t feel I have enough experience or training – as with many arts organisations we have a tiny pool of staff and little funds so we have to take on roles we are not precisely trained for.”

Full marks to Arts Professional for taking this on. The results of the survey are very worrying. Boards of arts organisations must review their systems and procedures. Where the CEO is responsible for such acts then he/she must be reported to Trustees. Please note that the CEO is not always a man. The worst problem is when volunteers and those on low pay are subjected to unacceptable treatment. It is an abuse of power. Institutional funders and sponsors must take an urgent view. It is a matter of time when someone will go public. And anyone who has faced recent harassment should do so if they have the proof especially when the perpetrators of abuse should be aware that the tide is turning against them.
I am replying to my own comment! What has happened to the women who were harassed? Have they been too busy celebrating Christmas and New Year?