Plea to save sector as support for freelancers ends

The imminent end of income support for freelancers "will be devastating for them and for the industry," union leaders say. The damage has already begun. 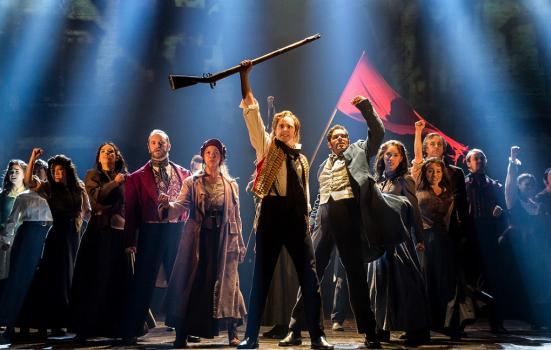 A Toronto production of Les Miserables, one of the shows Delfont Mackintosh says it cannot support without additional government support
Photo:

Union leaders are calling for a sector-specific deal to support creative freelancers and prevent an "exodus of talent" as government support nears its end.

A letter from actors' union Equity and the Incorporated Society of Musicians (ISM) to Chancellor Rishi Sunak circulated this week asks for the Self-Employment Income Support Scheme (SEISS) to be extended until spring 2021.

The scheme is otherwise due to end on 31 August, "which presents serious problems for the health of our sector," the letter says.

"From September onwards, every single freelance creative will be without government financial support and unlikely to be able to return to their work in full. This will be devastating for them, and for the industry.

"Without further targeted government support for freelancers, many of our most talented creatives will be forced – because of circumstances beyond their control –to leave their professions. This would be all our loss as well as theirs."

While it could allow the industry to support freelancers once the SEISS ends, this mechanism would require employers to take on debt - which they may not be willing to do.

However, the upcoming end of that scheme is already having an impact: HQ Theatres announced late last week that it plans to cut 600 casual staff, while Cameron Mackintosh of Delfont Mackintosh Theatres said he has made the "heartbreaking" decision to delay all its West End productions until 2021, triggering redundancy consultations for everyone who works on them.

"Despite the government engaging with the desperate pleas from everyone in the theatre industry, so far there has been no tangible practical support beyond offers to go into debt which I don't want to do," Mackintosh said.

"This has forced me to take drastic steps to ensure that I have the resources for my business to survive and enable my shows and theatres to reopen next year when we are permitted to."

Although they call for SEISS to be extended, the unions acknowledge that it has fallen short in supporting creatives.

About a third of the creative workforce is self-employed, compared to an average of one in five workers in other sectors.

Because many musicians and actors make at least half of their money from gigs or shows, they do not qualify for SEISS.

The committee said that income support for the self-employed "should be urgently reviewed and amended so that it covers people who have been excluded to date".

In their letter to Sunak, the unions say the creative sector needs a new income support scheme "which covers all of its freelance artists, no matter what their career or background".

"Our organisations have multiple cost-efficient solutions for how such support can be given, and we extend an open invitation to engage with us on closing the gaps and securing our multi-billion pound sector of the economy."

A separate letter from the Musicians' Movement, a network of more than 16,500 music industry professionals, bolsters the unions' argument, telling funders that musicians need sustainable work options or they will be forced to leave the profession.

"This will leave the UK’s cultural sector permanently scarred, and we fear thatirreversible damage to one of our most precious national assets has already begun," the letter says.

Government funding to date will sustain the UK's crown jewels but won't protect the workforce at the core of the industry: "The current package of measures leaves our national culture mothballed, and offers extremely little support for the freelance performers."

"Whilst musicians are unable to perform, the general public are not able to access live music, but instead are growing accustomed to receiving content online and for free.

"Without urgent action,there will be a negative and permanent deterioration in cultural engagementthat
will impact every region of our country, every age group, and every community."