Silence on support for ‘crown jewels’

Tate Gallery will be one of the beneficiaries of the Government’s £1.57bn bailout. But as major organisations consult on redundancies, rumours are flying as to who else will – or won’t – receive funding. 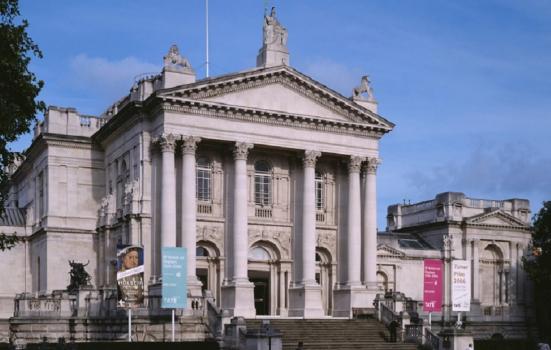 Tate is expecting money from the Government - it's just not sure how much
Photo:

Tate Gallery has confirmed it will receive funding from a £1.57bn bailout package as other organisations wait for Government to share out the investment.

Culture Secretary Oliver Dowden said the package, announced early in July, aims to preserve the “crown jewels” of the UK arts sector. There are rumours that these highly funded institutions, many of which did not receive emergency funding from Arts Council England, were not supported on the understanding they would receive direct Government assistance.

But with no official announcement yet on how the £1.57bn will be allocated, several major arts organisations have begun consulting on redundancies.

Arts Council England’s (ACE) emergency fund for National Portfolio Organisations (NPOs) was only available to those facing insolvency by September, meaning some of its high-profile Band 3 organisations, including National Theatre, Northern Stage, and several large orchestras, were ineligible.

Asked whether ACE had advised any NPOs not to apply for emergency funding, or to consider redundancies, a spokesperson said one-to-one advice was not given.

“If NPOs contacted their Relationship Managers directly asking about it, they may have reiterated … that organisations should apply as a last resort.

“Redundancies are operational decisions for the organisation’s own leadership team and board to make. The Arts Council has not advised organisations on these issues.”

Redundancy consultations have angered those who believe the organisations triggering them are – or should be – in line for a bailout.

PCS Culture Group, a branch of the Public and Commercial Services Union that represents staff at most of the UK’s National Museums, tweeted this week that redundancies at Tate Gallery have “nothing to do with Covid-19”.

The group claimed the gallery had received £7m as part of the Government’s culture sector rescue package and “have made a political choice not to spend £700,000 of it saving 300 jobs”.

A Tate spokesperson said: “We will receive an allocation, but the sum is yet to be determined.”

With social distancing expected to reduce demand for the gallery and its retail and catering operations, Tate is planning to resize to reduce losses when it reopens.

“We are working hard to retain as many of these staff as possible and have modelled as optimistically as we can with a view to ensuring the long term future of the business,” a statement from  Tate Enterprises Directors Hamish Anderson and Carmel Allen said.

On the other hand, Unite Union has called for extra support for the Southbank Centre, where 400 roles – two thirds of staff – are at risk of redundancy.

Unite claims Southbank management have advised union members that it will not be receiving a bailout.

Southbank refused to confirm or deny this. “We await more details about the Government’s £1.5bn package for the arts, the nature of the grants available, and how we might apply,” a spokesperson said.

“Our ability to reopen our venues is currently still linked to the removal of any form of social distancing but we will wait to see if the rescue package provides any level of support that could change that position.”

The £1.57bn package may not be enough to save the ‘crown jewels’, even if it is directed towards those yet to receive support.

Organisations have warned DCMS the funding “will only tide the cultural sector over for so long” and will not be enough to compensate for a potential loss of the Christmas season, according to a report released on Wednesday.

National Theatre was not eligible to apply for ACE’s emergency funding, instead drawing heavily on its reserves over the summer. It plans to cut 400 casual staff at the end of August.

“Even with all of that in place, we will still become insolvent by the beginning of 2021 without substantial emergency financial support from Government.”

Theatre Royal Plymouth received £806,000 in emergency funding from ACE. Still, the company is consulting on 100 redundancies, citing a 91% drop in income since mid-March.

Like the National Theatre, Northern Stage is waiting for word on what funding it can apply for, and when.

Executive Director Kate Denby said the organisation has postponed its autumn season as a result.

“While the government has announced its ﬁrst steps to bringing back live performances, there is still some way to go until we can put shows on in the theatre.”

Royal Opera House, which did not receive emergency funding from ACE, said it withdrew its application after the Government extended the Coronavirus Job Retention Scheme.

It plans to apply for financial support from the Government package, a spokesperson said.

Thanks to AP for all your reporting during lockdown. But please will you stop referring to the Government package as a 'bailout'. It infers that the situation is somehow our own fault, which it is not. The banks were bailed out in 2008 as a result of their own bad practice, the arts and cultural sector have lost income because of the Coronavirus lockdown. They are very different situations. This is an emergency package to support an essential and hugely valued and valuable part of our culture to survive an unprecedented situation.