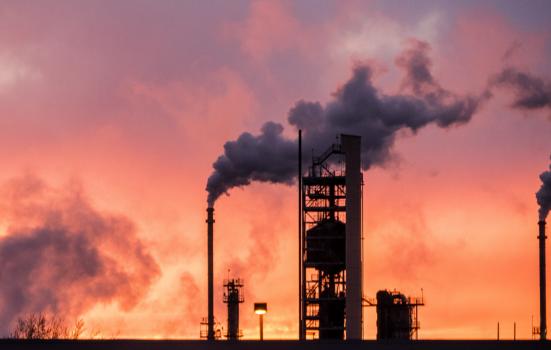 The funder’s latest annual report into National Portfolio Organisations’ (NPOs) environmental performance shows they are continuing to lower their emissions.

But direct comparisons with last year’s report, which found a greater commitment to sustainability had not yet translated to statistics, are difficult because mandatory reporting was paused during the pandemic.

As such, NPOs submitted varying amounts of data. The 346 buildings that provided consistent records for 2018/19 and 2019/20 decreased their total electricity and gas consumption by 12%.

Thirty organisations recorded their emissions separately as members of Spotlight, a coalition of larger, higher-polluting cultural organisations that work with Julie’s Bicycle to set decarbonisation targets in line with the Paris Agreement.

The Spotlight group reduced energy emissions by 18% across 80 sites, surpassing targets set for the next two reports.

The report, the seventh since environmental reporting became a funding condition in 2012, uses pre-pandemic data, reflecting a time “when international cultural leadership on climate was emerging”, according to Alison Tickell, CEO of research co-creators Julie’s Bicycle.

It says sustainable practices are now “flourishing” across the sector and highlights growing decarbonisation, one of the programmes main goals, as a key success.

“The signs that creative and cultural organisations are embracing this role is most encouraging and evident.”

The reduced turnout was attributed to the pandemic, with ACE deciding data submissions were not mandatory for 2019/20 because remote working and furlough meant some organisations were unable to access data.

An ACE spokesperson confirmed to ArtsProfessional the next reporting period will be mandatory, promising to help organisations “provide robust environmental data in a post-pandemic world”.

“We want to work with the small number of organisations who aren’t reporting, or who aren’t submitting good data sets.

“There are no penalties for organisations that do not report, however the high reporting return shows commitment from the sector and that they value this work.”

According to Julie’s Bicycle, 49 organisations failed to report in both 2018/19 and 2019/20, though over half were subject to agreed reporting exemptions.

Julie’s Bicycle said the lower reporting rate this year was still “encouraging”, highlighting that 99% of respondents believe it is important that ACE continues to help NPOs deliver a more environmentally sustainable future.

“The environmental arts could be recognised and funded, and the distinctive contribution of museums and heritage in terms of place-based restoration and transition could be made more visible,” she added.

Tickell admits in the report that “what was good enough a year ago isn’t so any longer”, but the environmental charity remains buoyed by the progress they have seen over the last year.

“NPOs are trailblazing environmental action within their cultural and creative activity [though] more needs to happen in the next decade, especially at investment, skills, infrastructure and policy level,” a Julie’s Bicycle spokesperson said.

Next year’s report is likely to look different, due to anticipated gaps in data collection caused by Covid-19.

Julie’s Bicycle confirmed plans to conduct a complementary study to assess how NPOs’ attitudes, commitments and perspectives around environmental issues changed amid the pandemic.

“It’s very likely that the focus of the next report will revolve around these findings and present a very different narrative.

“So perhaps, the most important thing [NPOs] can do is to collectively and fully inhabit their role as changemakers.”