Research on NPOs’ environmental impact shows a shared commitment to sustainability - but the hard data suggests little has changed. 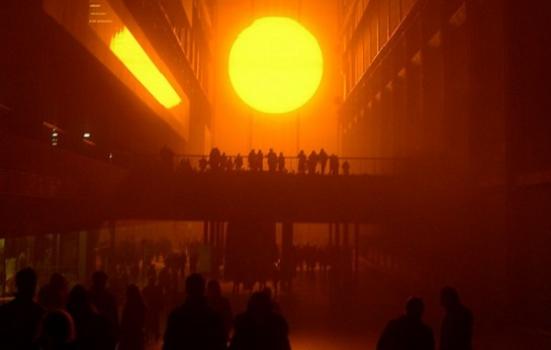 Research released last week indicates that average emissions per NPO have changed little since last year despite more comprehensive efforts to improve their sustainability than ever before: 747 NPOs emitted an average of 153.3 tonnes of carbon dioxide in 2018/19 compared to an average of 152.8 tonnes in 2017/18.

The report, ‘Sustaining Great Art and Culture’, does not provide a direct year-on-year comparison because the 2018/19 figures concern a new portfolio that includes 184 organisations unaccustomed to environmental reporting.

But Arts Council England (ACE) Chair Sir Nicholas Serota and spokespeople for Julie’s Bicycle, the environmental charity behind the work, expressed confidence the arts and cultural sector is heading in the right direction – and even driving environmental change.

“It also highlights … that there should be no opposition between what art is and how art does: reducing emissions prompts creativity and activism and vice versa.”

The report found museums are the NPOs with the biggest carbon footprint: although they make up just 8% of ACE’s portfolio, they produce 41% of its emissions.

Julie’s Bicycle Environmental Sustainability Consultant Claire Buckley said museums are usually larger than other NPOs and often operate across multiple sites. They are also likely to have “extensive” learning and outreach programmes that contribute to their carbon footprint.

“The other thing that will play a role is that they can be higher energy users because they have to maintain conditions for their collections.”

A challenge for museums

The most sustainable organisations were those specialising on visual arts – a category which includes some art galleries. However, the distinction between museums and galleries is not clear-cut: ACE classifies several large regional art galleries, including Manchester Art Gallery and Leeds Art Gallery, as museums.

Art consultant and Flow Associates Founding Director Bridget McKenzie said the data might indicate that museums’ environmental outputs can’t be meaningfully measured alongside other arts organisations’: “collecting, conserving, moving and displaying artefacts in all kinds of buildings and heritage sites is inevitably going to have a very different footprint.”

“On the other hand, museums might be shamed and galvanised by doing less well than arts venues, and they might start profoundly rethinking what they do. They might do less activity that wastes energy and explore how to feed a regenerative economy.”

Henry McGhie of museum sustainability consultancy Curating Tomorrow said “it would have been helpful to have clear information on the actual reductions in carbon emissions and waste reduction per NPO”.

He added: “these reports would also benefit greatly from clear goals with target dates and clear monitoring to help meet those goals.”

About 70 NPOs (9%) failed to provide environmental impact data to ACE last year. And approximately 20 (2%) were exempt for reasons such as building closure.

An ACE spokesperson said the funder does not penalise NPOs who don’t produce data as required: “we have to approach it on a case-by-case basis because the reasons organisations might not report are complex.”

“Ahead of the following [reporting] period, relationship managers will be discussing with them why they failed to report.”

Buckley, of Julie’s Bicycle, believes the arts and cultural sector’s approach to sustainability is “absolutely moving in the right direction”.

“These days we very often talk about carbon footprint and it’s a proxy for all impacts,” she said.

“I think the speed and the focus is in a place that it has never been before … the huge amount of programming, exhibitions and outreach that is environmentally themed now is just phenomenal.”

She said organisations are increasingly combining sustainability goals for their practical operations with artistic work that explores the environment and climate change: “It’s kind of coming together, that realisation that it’s not either or.”

The research showed 54% of NPOs have installed energy efficient lighting, 32% have water saving devices and 64% are trying to eliminate single-use plastics. Nearly half had produced, programmed or curated work with environmental themes and 88% believe environmental reporting makes a positive difference to the sector.

Buckley said: “The fact that we’re able to see a lot more on a group level about what kind of action is happening and what work has been put in place is really important and hopefully motivating for the sector because it’s things you can’t always put into words.”

On Thursday, ACE and Julie’s Bicycle announced they have extended one of their environmental programmes to include ten more projects.

A second cohort of organisations and consortia will join Accelerator, a strand of work facilitating innovative thinking and creative perspectives on climate change that began in 2018.

The new projects include investigations into environmentally-sustainable travel schemes for rural arts organisations and visitor engagement strategies on the issues of climate change, pollution, migration and biodiversity.