The revival of the sector should include targeted public investment, clear policy signals and the implementation of Climate Change Act obligations through the Cultural Renewal strategy. 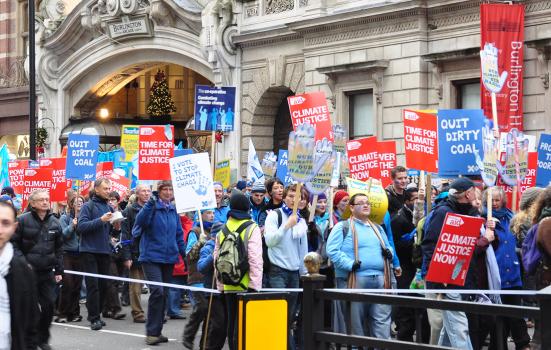 Fears that climate change will slip off the agenda as work begins to revive the cultural sector have been raised with Culture Secretary Oliver Dowden by climate change action charity Julie’s Bicycle.

Dowden has consistently voted against policies to stop climate change. Earlier this year he voted not to call on the Government to develop and implement a plan to eliminate the majority of transport emissions by 2030; and in October last year he voted against rebuilding the economy “so it works for the many, not just rewarding those at the top”, and against a green industrial revolution to decarbonise the economy and boost economic growth.

As the Cultural Renewal Task Force begins its work, Julie’s Bicycle is pressing for the ‘regeneration’ of the sector to be based on social and climate justice, and for the sector to “act both as inspiration and example to society of the efficacy of a recovery based on green principles in their fullest sense.”

They are urging the Government to commit to a “targeted public investment, clear policy signals, and implementation of Climate Change Act obligations extended to the Cultural Renewal strategy”, and are calling for action to protect nature and biodiversity.

They also see emerging from the pandemic as a “singular opportunity to tackle systemic barriers to empowerment that many black and minority people experience”.

Among the demands in the letter are:

The letter is signed by Tony Wadsworth, Chair, and Alison Tickell, CEO at Julie’s Bicycle, but both individuals and organisations can add their public endorsement of this letter online.