Museum freelancers to sector: ‘Fight for us’

UK museums, libraries, galleries and archives must “visibly and robustly stand up for freelancers who they frequently depend so greatly on”. 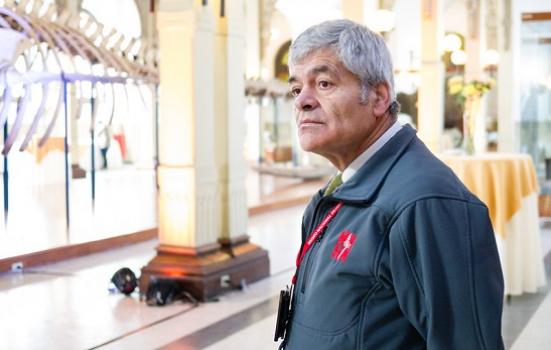 Freelance museum staff say they're being left out of the sector's discussions with the Government
Photo:

Museum freelancers are urging organisations to stand up for them as debate over supporting self-employed workers during the coronavirus outbreak continues.

A joint statement from the five major sector organisations – the Museum’s Association, National Museum Directors’ Council, Association of Independent Museums, Heritage Alliance and National Trust – says measures to mitigate the virus’ spread, while necessary, means organisations will “suffer economically, placing jobs and likelihoods at risk”. It notes that “irreplaceable” collections are at risk, “as well as the highly valued work we do in engaging people in their history”.

But the statement, made the day after a plea for support by the Museums Freelance Network, does not mention the freelance workforce.

The network’s initial open letter asked the sector to do seven things: to include freelancers in their plans, involve them in decision making, communicate with them, check in on them, keep commissioning them, pay them and crucially, pay them fairly.

It has since added an eighth tenet – “Lobby for us”.

Many freelancers were disappointed when financial measures to support employers and employees were announced last week. While employees can claim 80% of their salary up to £2500 per month, freelancers must rely on Universal Credit. The Creative Industries Federation has pointed out the inequity: while an employee on a £30,000 salary is entitled to £24,000, a self-employed person with the same annual income can only claim up to £4800.

The Museums Freelance network notes sector organisations have largely welcomed this intervention from the Government but says “the measures do not go anywhere near far enough to support and protect the self-employed – who are such an intrinsic part of the cultural and heritage sectors’ ecosystems – whose livelihoods face decimation”.

“We are calling on UK Museums, Libraries, Heritage Sites, Archives and Galleries and sector organisations to visibly and robustly stand up for freelancers who they frequently depend so greatly on.”

The network gave “a heartfelt thank you” to organisations and individuals who have already reached out to the freelance community.

Freelancers don't have regular work colleagues to keep in touch with and have lost many wellbeing mechanisms as well as opportunities for work.

"We appreciate any support you can give that helps to amplify the urgent call for more financial support for the self-employed," the network says.

“We know planning is difficult, circumstances are changing continuously, and you may not have the answers now.

“We believe in this sector and want it to thrive as much as you do. We are your colleagues, friends, contributors. Please remember to include us.”