Over 90 arts professionals were recognised for services to the sector in 2021. 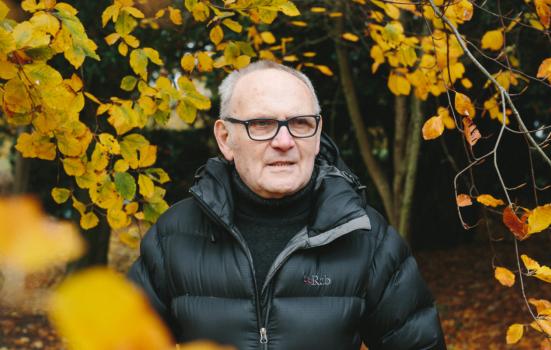 Leaders of organisations across the arts were widely celebrated in this year’s New Years honours, in particular for their contributions during Covid-19.

Imperial War Museum Director General Diane Lees became a Dame for services to museums and cultural heritage, alongside actresses Joanna Lumley and Vanessa Redgrave for their services to drama.

Murray, who recently announced his retirement after 44 years at YSP’s helm, said it was a great honour for him and the park.

“I think the award acknowledges the importance of the organisation to the wider pubic and the contribution it continues to make to arts and culture and the economy.”

Spalding said his recognition reflected the vibrant dance culture at Sadler’s Wells: “Dance is, of course, a team effort, and the honour is very much shared with my wonderful team at Sadler’s and our artists and collaborators.”

Burger enjoyed a moment of “real reflection” as she comes towards the end of her role at the National Theatre.

“To be acknowledged for my contribution to UK culture is incredibly humbling.”

Seven recipients were acknowledged for their work during Covid-19.

Historic England Chair Laurie Magnus received a CBE and Association of Independent Museums Chair Andrew Lovett an OBE for services to heritage during Covid-19. Cultural Recovery Board member Carol Lake and Deputy Director of DMCS Arts and Libraries Louise Smith received OBEs for their contributions to the arts during the pandemic.

Lovett said the honour “simply reflects the value people attach to their museums – especially museums that enjoy and thrive because of their independence”.

“I am very grateful for, and humbled by, the appreciation shown for the part I was privileged to play, allowing a future to be seen.”

Awards for services to libraries and literature featured heavily in this year’s list, with 20 recipients.

Napier was delighted to receive the accolade during the reading charity’s 20th year.

“I would like to pay real tribute to the inspiring work of The Reading Agency as it continues to tackle life’s big challenges through the proven power of reading.”