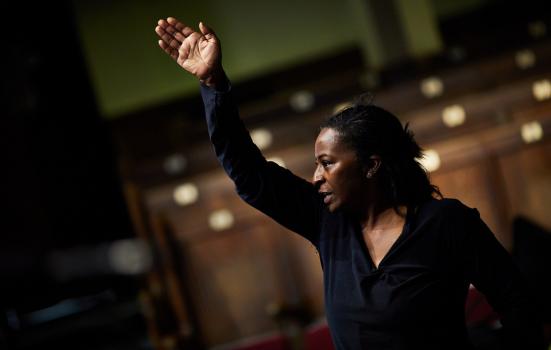 Several people leading the work of trusts and foundations serving the arts are prominent among those recognised in the 2021 New Year Honours list.

Caroline Mason, CEO of Esmée Fairbairn Foundation becomes a dame, while knighthoods go to Stephen Deuchar, director of the Art Fund for ten years until 2020, and Guy Weston, Chair of the Garfield Weston Foundation, the largest family grant-making foundation in the UK.

Andrew Thompson, formerly Executive Chair of the Arts and Humanities Research Council, is awarded a CBE for his services to research.

Other leaders of academic institutions include Philip Archer, previously at Letih School of Art, who receives an OBE.

Deborah Scully at Royal Central School of Speech and Drama receives an MBE, as does Sharon Watson, previously the longest-standing Artistic Director of Leeds-based Phoenix Dance Theatre and now Principal at Northern School of Contemporary Dance.

There is recognition for a number of arts professionals for their work since the start of the pandemic.

Jane Ide, now CEO of Creative & Cultural Skills, was previously CEO of the National Association for Voluntary and Community Action. There she was at the heart of the national voluntary sector response to Covid, playing a lead role in the collaborative campaign by voluntary sector infrastructure bodies and achieving a £750m emergency package to support charities. She receives an OBE.

An MBE goes to Director of BBC Arts Jonty Claypole, for creating the Culture in Quarantine Virtual Festival of Arts. Andrew Hurst, CEO of One Dance UK, also receives an MBE, for services to dance, particularly during the Covid-19 response.

Andrew Miller, cultural consultant and Government Disability Champion for arts & culture, was among the founders of #WeShallNotBeRemoved, an alliance formed in response to concerns that progress toward the inclusion of disabled people across the cultural mainstream will be undermined by the Covid crisis. He receives an MBE.

Among the BEM recipients is Alan Lane, Artistic Director of Slung Low, the Leeds-based theatre company that turned its attention to feeding the local community during lockdown. Trish Wheatley, CEO of Disability Arts Online, also receives a BEM.

As usual, the work of those leading arts activity in their local communities is also recognised in this year’s list.

Billy Hui, Founder & Musical Director of SingMe Merseyside Choir and Rachel Adam, Project Director of the Creative People and Places project Bait, are among the 17 arts professionals and volunteers to receive BEMs.

BEMs also go to David Stanley, Founder and Director of The Music Man project; Aakash Odedra and Anand Bhatt for the work of Aakash Odera Company in Leicester; and Margaret Campbell for services to Pipe Bands and Sollus Highland Dancers.