High priority areas yet to receive levelling up funding

Analysis finds 19 local authority areas deemed to be high priority for investment by both government and Arts Council England are yet to receive a slice of £4.8bn Levelling Up Fund. 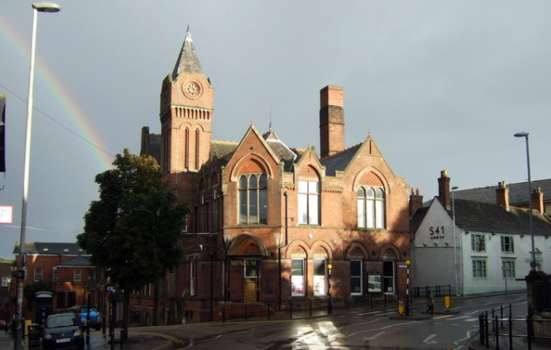 Chesterfield's Stephenson Memorial Hall is being renovated after a successful Levelling Up Fund application
Photo:

Nearly two-thirds of areas highlighted as priorities for investment by both government and Arts Council England (ACE) are yet to receive money from a £4.8bn fund set up to help them, it has emerged.

Analysis by culture-led regeneration experts Five10Twelve* found that 29 local authorities in England feature on all three existing priority lists - as a Department for Levelling Up, Housing and Communities (DLUHC) priority place for the Levelling Up Fund, as an ACE priority place, and an ACE Levelling Up for Culture place.

However 19 of these (65.5 per cent) did not receive support in the first round of the government’s £4.8bn Levelling Up Fund, which distributed £1.7bn.

Of the 10 (34.5%) of these local authorities that did, four - Barrow-in-Furness, Isles of Scilly, Luton and Stoke-on-Trent - reported spending none of their budget on culture.

Local authorities allocated levelling up funding across three investment themes: culture, transport and regeneration. Stoke-on-Trent and Luton put their entire bid towards regeneration while the Isles of Scilly, which recently received a maximum grant from ACE's Capital Investment Programme, put all its grant towards transport.

The analysis comes ahead of applications to DLUHC’s second round of the Levelling Up Fund, which is due to open next week (Tuesday 31 May).

Five10Twelve Director of Development Jason Jones-Hall told ArtsProfessional those who did not receive money for culture from the Levelling Up Fund for may be in prime position for future cultural investment bids.

DLUHC's prospectus for the second round of the Levelling Up Fund says the government is prepared to fund two large bids up to £50m each, if at least 90% of the bid is earmarked for culture.

Bids were split on how to classify applications involving heritage assets. All of Stoke-on-Trent’s three winning bids were classified as 100% regeneration, although one included an intention to repurpose existing heritage infrastructure.

Southampton split its winning funds across regeneration and culture, with work reopening the Stephenson Memorial Hall, a local heritage asset which houses Pomegranate Theatre and Chesterfield Museum, penned as a way to increase cultural inclusion.

Southend-on-Sea, which is not included in ACE's priority places, classified its entire £19.9m grant as culture, but included renovating the local port to maintain fishing operations and essential maintenance to prevent flooding.

Jones-Hall told ArtsProfessional inconsistencies occur as each authority is left to define cultural spending: “This suggests there is not a lot of scrutiny from DLHUC as to what is cultural spend or not.”

Deadlines for funding applications are often tight – the second Levelling Up Fund will be open for only five weeks until 6 July – which favours councils that “know what projects are out there over those starting from scratch,” he added.

Councils with a cultural officer or dedicated cultural team are at an advantage to make use of funding opportunities aimed at cultural investment, particularly if they engage with other local authority departments on how culture can help deliver on education and skills, health and wellbeing, and economic and regeneration strategies.

Jones-Hall advises cultural organisations wanting to help shape a local authority-led bid to contact the council themselves: “Don’t wait to be asked, if you are not seeing anything driving forwards, then drive it forward yourself."

He pointed to Grimsby, one of DULHC’s and ACE’s priority places, as an area that has bid successfully for a number of funds after developing a cultural strategy that works across council departments and with local organisations.

“They have [brought] these together into a really coherent strategy, with culture, heritage and regeneration at the heart of it, and that really helps to transform a town.”

*Five10Twelve's complete data set is available on their website.