The programme, aimed at transforming digital and physical infrastructure, is penned as a way to put culture at the forefront of local regeneration. 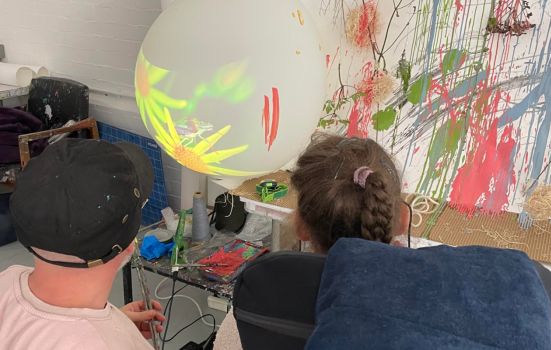 Around one in three organisations receiving money from Arts Council England's (ACE) Capital Investment Programme are located in the funder’s priority places for investment.

The funding stream is designed to support cultural organisations to adjust buildings and equipment so that they can operate safely post-pandemic and improve access, seize on technological opportunities, and reduce environmental impact.

ACE says its priority places intiative, aimed at addressing historical underinvestment in some areas of England by targeting funding to them, was one of four factors it considered when allocating grants, alongside activity type, diversity and risk.

The funder split £22.7m across 66 cultural organisations in total, £2.9m more than originally earmarked. Analysis by ArtsProfessional found 21 organisations to be located in priority places, equivalent to 32%.

Although a total of 78% of organisations receiving funding are located outside London, the capital still shared £5m between 17 organisations - a higher number of grant winners than anywhere else.

Five of these awards went to four of ACE’s five London-based priority places, with two in Newham, and one in Barking and Dagenham, Croydon and Brent.

The largest sum for any region (£6.2m) went to the North of England, which was shared across 16 organisations, with four in priority areas. The South East and Midlands split £4.8m and £3.8m between 12 and 13 organisations respectively.

The South West received the least funding of anywhere in the country – with £2.8m shared between eight organisations - but received the highest proportion of support for its priority places, with six grants going to organisations in areas highlighted as targets for investment.

He pointed to Derby QUAD, which has directly contributed £20m to is local economy since opening, and Sunderland’s new performance space The Fire Station, which has drawn thousands of people to the city’s new cultural quarter, as key examples of the benefit of capital investment.

The Capital Investment Programme expects grant winners to ensure their cultural infrastructure is fit to serve its local audiences, in turn helping to place creativity and cultural opportunities at the heart of local communities.

Project Art Works, a collective of neurodiverse artists and activists, will put the funds towards developing its studio spaces. The Hastings-based organisation hopes to increase participation in its audience, namely those with complex support needs and their families and support circles.

Tower Hamlet’s The Yard Theatre will use its funding to upgrade its converted Hackney warehouse, with a focus on improving access and sustainability.

The Council of the Isles of Scilly is the only maximum award winner to be located in an ACE priority place.

Funds will go towards creating a new museum and culture centre in St. Mary’s redeveloped town hall, after the old museum closed to the public in 2019 due to the poor condition of the building.

The council’s grant is one of eight museum projects supported by the funding, which together took £3.3m. Council Chairman Robert Francis called the support a “significant milestone” in bringing the new museum and culture centre to life.

“The investment represents a welcome opportunity to help our local artists and creative economy to flourish and enhance our cultural offer for the whole community, including visitors to the islands.”