One quarter of grants are intended for cultural projects, new data finds, as MPs launch an inquiry into cultural placemaking. 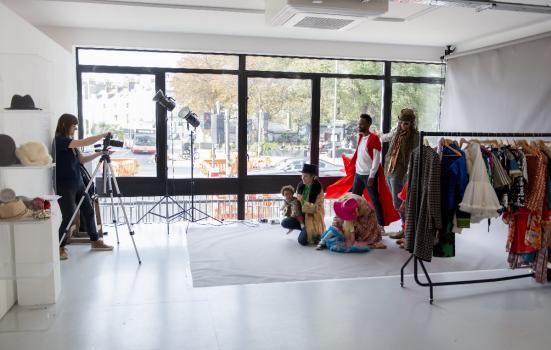 MPs will hear that culture can play a larger role in local planning and development
Photo:

More than £429m of Levelling Up money - one quarter of the fund - is going toward culture.

Data obtained by culture-led regeneration experts Five10Twelve from the Department of Levelling Up, Housing and Communities shows a significant cut of the first round of investments is designated as "cultural spend".

The findings come as a parliamentary inquiry into the role of cultural placemaking in the levelling up agenda is launched.

MPs from the DCMS Committee are seeking written evidence until February 18 on questions like how culture can reanimate high streets, how government can support new artistic infrastructure, and what influence creatives can have on local decision making and city planning.

"The success of existing schemes like the UK City of Culture could provide the right model to level up funding for arts and culture," Chair Julian Knight said.

"We’ll be taking a close look at how money is distributed to arts initiatives across the country to ensure that areas currently underfunded get a look in."

The greatest amount of Levelling Up funding for culture is England's at £340.6m - just over a quarter of the value of successful bids across the country.

Northern Ireland has the highest proportion of culture spend under the fund - 47% - but this may be misleading. Lisburn and Castlereagh Council classified 80% of the country's largest Levelling Up investment, the £12.2m Dundonald International Ice Bowl, as cultural.

"All of this begs the age old question: what is culture?", Five10Twelve Co-Founder Jason Jones-Hall commented.

The DCMS Committee's inquiries over the past year have focussed more on the urgent problems presented by the pandemic than longer-term structural issues, with the notable exception of its investigation into the music streaming business.

Jones-Hall says the placemaking inquiry may represent a move toward business-as-normal and a recognition that DCMS has perhaps a larger role to play in levelling up.

"It's significant that this is a large amount of additional capital spend on cultural infrastructure that is being channelled and unlocked through a government department in addition to DCMS budgets."

To put the funding in context: Levelling Up has provided £340m for cultural infrastructure in England compared to £250m for DCMS' Cultural Investment Fund and £58.8m under Cultural Kickstart, the infrastructure strand of the Culture Recovery Fund.

While the committee has highlighted DCMS' UK City of Culture competition as a potential prototype for future schemes, Jones-Hall says this is a slow route to levelling up.

Cultural placemaking schemes to date have illustrated the benefit of places working in partnership.

Five10Twelve, which plans to submit evidence to the inquiry, has supported Cultural Development Fund projects and Pioneering Places, the largest of the Great Place schemes.

Jones-Hall said levelling up the whole country as quickly as possible requires a collaborative approach between towns, local authorities and businesses to utilise empty retail.

Arts and culture can "spotlight" what places need to level up, especially around heritage sites, he added: "The Tate Modern is the greatest example of this, reanimating a heritage building into the UK's most visited attraction."

He says there are challenges for levelling up and cultural placemaking around data - Levelling Up funding is distributed at town level but the Active Lives survey on engagement is at district level - and in broadening the discussion around placemaking to consider more than the visitor economy.

"Yes, it's about making a great place to live, work and visit, which is a phrase you hear a lot, but it's got to be in that order."

A June 2021 evaluation of Arts Council England's flagship placemaking programme Creative People and Places found it created a "step change" in the cultural opportunities available to communities but would benefit from a clearer framework for sharing projects'  knowledge and experiences.