More support will be directed to the arts outside London but the Culture Minister rejects claims of a regional funding crisis. 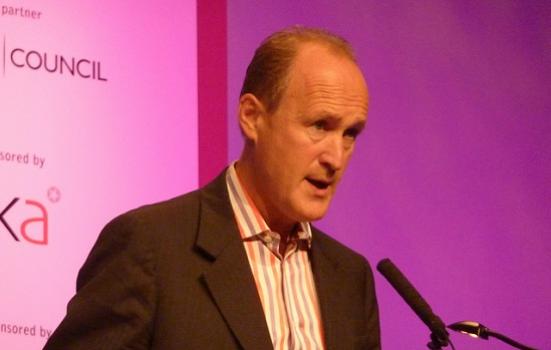 ACE Chair Sir Peter Bazalgette: “There is an imbalance”
Photo:

London isn’t getting too much money and its status as an international cultural centre must be preserved, but “there is an imbalance” in the distribution of arts funding across England, according to Arts Council England (ACE) Chair Sir Peter Bazalgette, speaking at the final meeting of the Culture Media and Sport Select Committee inquiry into the work of ACE. He also acknowledged that the impact of arts budget cuts is of greater concern outside London, where it is more difficult to raise funds through philanthropy and where local authority cuts are being felt most keenly.

Welcoming the publication of RoCC and PLACE, the two controversial reports on the geographic distribution of arts funding, Bazalgette said that ACE is already addressing the imbalance, but doing so “carefully”. ACE can demonstrate a “clear trend” towards support for the arts outside London, but will not apply a physical funding cap to the capital, he said. However, those London organisations with a relatively favoured funding position will be expected to take their responsibilities seriously, and that will be reflected in the forthcoming NPO settlements. Strategic funds will also be used in the next funding round to redress the regional imbalance, and while the open application Grants for the Arts fund will grow, funding for capital projects will be reduced. In response to Angie Bray MP, Conservative member for the London constituency of Ealing Central and Acton, who asked whether there was a danger that spreading funds more widely will fragment the impact of arts interventions, Bazalgette spoke of the need for clear decision-making criteria and careful monitoring of ACE’s investments, while ACE Chief Executive Alan Davey spoke of the need to generate better quality applications from around the country.

Unlike Bazalgette and Davey, who made a clear pledge to improve the regional balance of England’s arts funding, Culture Minister Ed Vaizey was unwilling to be drawn by questions on the subject. Asked by Ben Bradshaw, Labour MP for Exeter and former Culture Secretary, whether he sees overseeing the fair distribution of ACE funding as part of his role, Vaizey was evasive. Whilst he believes it is important to hold ACE to account for its funding decisions and that the public feel arts funding is distributed fairly, in his view there is no crisis in arts funding outside London. He said the report that sparked the Select Committee inquiry did not take context into account and that the picture is more “nuanced” than the figures suggest, due to work done across the country by organisations with London postcodes. He is, however, considering the proposal of a cultural audit that could lead to a spine of “beacon” organisations around England. As for a ministerial role in leveraging funding for the arts from local authorities, while Bazalgette commented on the importance of this and has spoken to more than 50 councils on the subject, Vaizey rejected the idea that giving local authorities statutory responsibility for the arts would improve the situation, suggesting that this would take away councils’ autonomy and potentially lead to a ‘tick box’ approach to the arts that would fail to benefit cultural infrastructure.