New figures reveal the true extent of the London/regions divide

An ongoing funding bias towards London is denying huge proportions of England’s population fair access to the arts, according to a new independent report by three senior arts figures. 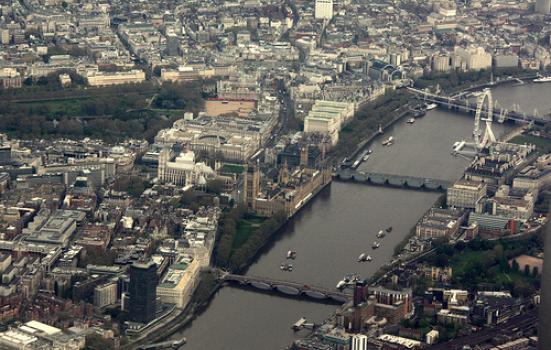 Central Government spending per head on culture in London was nearly fifteen times greater than in the rest of England in 2012/13, and successive governments and Arts Council England (ACE) have failed to deliver on their own policy rhetoric about redressing the balance between London and the regions, according to a new report, ‘Rebalancing our Cultural Capital’.

Last year 51% of ACE’s £322m public funding budget was spent on London, and of the further £450m used by the DCMS to direct-fund 16 major cultural organisations, an estimated 90% went to London. As a result, Londoners benefited from £69 of cultural spending per head, compared with just £4.50 in the rest of England.

In addition, ACE committed 45% of its £317m arts Lottery funding to London, meaning that Lottery players across the country funded the arts to the tune of £17.41 per person in London, but only £3.90 in the rest of England.

Report authors Christopher Gordon, David Powell and Peter Stark, all senior arts professionals with both UK and international experience in research and cultural policy, insist that a balance needs to be struck “between the inevitable attractions for talent in all spheres of what a great global capital city can offer, and its function as the capital for a whole nation.”

Calling for “stronger and more sustainable production resources for cultural production” to be based in the regions, they propose that a process of redressing the balance should begin with a fair 'per capita' share of arts Lottery funding being spent in the regions over a five year period, and that a £600m budget should effectively be ring-fenced for “a National Investment Programme to support the arts outside London.”

The report is based on a detailed analysis of figures dating back over twenty years, and points out that 75% of public funding of the arts is in the hands of ACE and the DCMS – a proportion that is set to increase as local authority spending on culture is squeezed in response to public funding cuts.

The allocation of central Government money is seen to be at the heart of the national arts funding imbalance, but the distribution of Lottery funding to the arts has done little to improve the picture. Since Lottery distribution began in 1995, ACE has favoured London significantly more than have the equivalent distributors for heritage, sport and the Big Lottery, and the average value of an arts Lottery grant in London has been double that of the average for the rest of the country.

The uneven playing field described in the report is exacerbated by other factors.

The £69m invested in the arts by the City of London and the London boroughs is supplemented by the Mayor’s expenditure on cultural and creative projects totalling over £27m; around 90% of giving to the arts by individual philanthropists goes to London-based organisations; and over two-thirds of business sponsorship is in London, as is nearly three-quarters of support from trusts and foundations.

61% of the first £30.5m of arts endowment funding under ACE’s Catalyst Programme is also going to London. Couple this with the significant contribution of the commercial arts sector in the capital, and the impact of the specialist institutions for professional art, music, dance, film and drama training, 90% of which are London based, then the bias towards London is all the more evident.

David Powell commented: “As a Londoner, my instinct has long been that there was inequity between London and the rest of England, but on close inspection, the historical and current record looks pretty shocking even when making due allowance for the additional investment in national and international infrastructure proper to a capital which is one of the world’s great cities.”

Rejecting the arguments that London-based cultural organisations are in a position to benefit the rest of the nation, the report argues that the travel and accommodation costs of attending arts activity in London “render access unaffordable for a very high proportion of England’s more distant populations.”

And the arguments that digital developments redress the London funding bias are similarly dismissed: “Digital access… is a two-way street and should be considered as such in national policy and investment decisions. If the Lindisfarne Gospels can be adequately accessed digitally from the North East (where they belong and where well over 95,000 people paid to see them ‘on loan’ during the summer of 2013), then such digital access to them from London – were they to be returned to the North East – would also be ‘adequate’ and the added value to these dispersed locations would be immense.”

The research and report have been self-funded by the authors, with the aim of stimulating policy debate on the issue of regional imbalance.

Christopher Gordon told AP: “…the UK’s combination of local government with few effective constitutional guarantees, and cultural funding being predominantly decided by ‘arm’s length’ bodies, results in both strategy and equity being off the political agenda in England. Who takes responsibility for, or makes sense of, ‘the big picture’? Answer: nobody. Having no policy is not a justifiable policy.”

Peter Stark believes the lack of debate on the issue is partly due to the public silence of those who are or aspire to be funded: “That is why this research is self-funded and independent of any interest group. That is why we have sought to make it sufficiently authoritative for it to require debate.”

Both Melvyn Bragg and David Puttnam have already signalled their approval of the report, which Lord Bragg described as “timely, urgent and damning of an increasingly centralised funding process.” He said: “London is simply eating up the resources which are limited and therefore starving the rest of the country. This is wrong, short-sighted and undoubtedly unfair. I think it is time that the rest of England fought back…”. Lord Puttnam said that the report: “leaves no doubt about the wholly unjustifiable scale of bias towards London in the distribution of public and lottery funding of the arts… at a time when there is rising anger about policies that allow London – most especially affluent Londoners – to be underwritten at the expense of the rest of the country."

The authors are offering to make themselves available to the regional What Next? meetings and appropriate national forums to answer questions and engage in discussion