EXCLUSIVE: Due diligence checks on emergency grants were automated

New software that assesses thousands of applications at once gave Arts Council England funding applicants a red, amber or green rating based on their risk of fraud or financial failure. 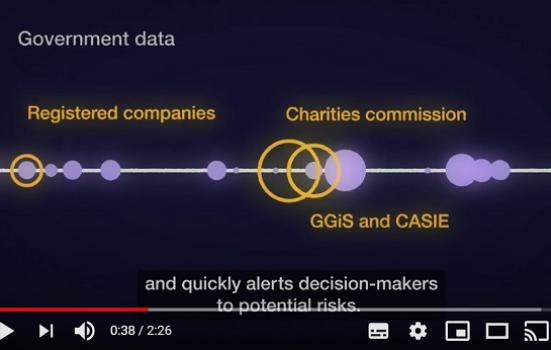 A screenshot of a promotional video about Spotlight
Photo:

Arts Council England (ACE) used Spotlight, a software tool developed by the Cabinet Office, to assess applications for grants of up to £3m.

Applicants were given a red, amber or green rating based on Spotlight's assessment of the risk they presented. The riskiest - red and amber-rated applications - were then checked by ACE's investment centre.

The funder was unable to say how many applications were rated red or amber - and how many of those eventually received funding - before the publication deadline for this story.

However, a spokesperson said that "only a handful" of applications are now being investigated for potential fraud.

None have been referred to the police, although it is early in the investigations process and this could still happen.

An ACE spokesperson said that applicants had to declare whether or not they were solvent as part of the Cultural Recovery Fund grants process, and that financial viability was assessed separately at the application stage.

Spotlight is a relatively new tool designed specifically to assess applications for public funds. More than 250 local councils across the UK use it, as do several health authorities.

Recent promotional videos released by the Cabinet Office say Spotlight has "already been used... to deliver billions of pounds during the Covid-19 pandemic".

They say Spotlight can "check thousands of applications in minutes".

By bringing together data from Government sources such as Companies House records and previous grant payments, the software can search for plagiarism, duplicate applications, and company status.

ArtsProfessional understands funders have encountered issues with people applying on behalf of companies they do not own or operate amid the mass of public funding rounds responding to the pressures of Covid-19.

However, the Government Counter Fraud Function, which sits under the Cabinet Office, cautions that it is not intended to replace the entire due diligence office - "just speed up parts of it".

Spotlight is not meant to give a final decision on whether to award a grant, the Counter Fraud Function advises: "That [decision] still lies with each department."

The Department for Education confirmed Spotlight was not the algorithm used to assess A-level results earlier this year.

How ACE used it

ACE spokespeople explained that its grants management team uploaded information from Cultural Recovery Fund grant applications into Spotlight. Further checks were then performed on applications the system flagged as red or amber.

ACE uses Spotlight to provide a report into the risk of funding an applicant based on just five factors: the age of the company, company accounts, number of directors, postcode, and the company's status i.e. whether it is active, dissolved or pending closure.

The system does not consider Standard Industrial Classification (SIC) codes, which may explain why some grantees are listed as working in hospitality, for example, rather than the arts.

ACE can retrieve funding that has been issued based on misleading information.

If there is strong evidence of suspected fraud, ACE may also record the applicant on a spreadsheet that then alerts decision makers if they apply for further funding.