Large grants to commercial operators, the comments of unsuccessful applicants and the conditions attached to funding awards have all provoked questions about England’s Cultural Recovery grants. 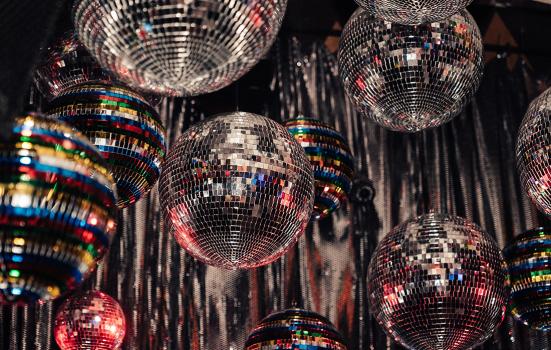 All that glitters...
Photo:

The 1,385 cultural organisations awarded grant funding from the first round of England’s Culture Recovery Fund (CRF) earlier this week include businesses in the hospitality sector, a drinking and dining ‘showbar’ and wedding venue, two artists agencies and companies with an unsteady financial history.

With financial viability being key to eligibility for funding, questions have been raised on Twitter about the viability of Secret Group – awarded £977k – whose accounts recorded a £2.9m loss in 2019, and a £1.4m loss the previous year.

Cabaret venue Viva Blackpool, which admits it has had “a series of financially challenging years before 2019” will be using some of its £249k grant for the “training of our team which also includes secondary career options for our resident cast.”

The Piper pub in St Leonards on Sea, which opened for the first time in June 2019 presenting live music at weekends in a first floor function room, is reported to have been closed since lockdown in the spring. Culture Secretary Oliver Dowden has been challenged on Twitter to explain the decision to award it a £249k grant.

Also closed is Alban Arena. Its management company Wellbeing Fitness and Leisure, which received £195k, has been accused on Twitter of “furloughing all their staff so they can’t open the box office AND keeping all the money from cancelled events against future bookings”.

Music commentator and blogger Norman Lebrecht described grants to artists agency Intermusica Artists Management Ltd (£198k) and IMG Artists (UK) Ltd (£100k) as standing out “like boils on a bald head". He asked: “What is the public benefit? If an agency goes bust, another will arise in its place. These are not essential services.”

Among the 578 who failed to attract funding, some have been commenting about their uncertain future.

Towersey Festival was rejected for funding when most of its competitors in the festival industry did get grants. Director Joe Heap explained that the festival had never asked for public money before in the 56 years it has been running. Pre-Covid it was a sustainable commercially viable business contributing around £250k a year into the economy and employing over 300 freelancers and artists during the festival.

Heap said the company had made an honest assessment of where they were and asked for “a small amount of money” to give it the stability it needs into the New Year. He said: “We are not taking this lying down and are gathering some momentum in our challenge”. In the meanwhile the festival will be “tightening belts and making cuts” in the hope of making the 2021 Festival happen – but it is “starting from a much much more difficult place”, said Heap.

Bradford based Bloomin' Buds Theatre Company, which increases access to the arts in working class communities, told the Telegraph & Argus: “This Arts Council money was set up to fund venues that make money from ticket sales, but the kind of people we're working with can't afford tickets to big venues, so we understand it's not the Arts Council's fault.

"It's a huge blow for us. We need to find some funding over the next two to three months, otherwise, we're not sure what the future holds for us.

Others though, despite having been unsuccessful, appear to be continuing uninterrupted. The London Cabaret Club in London’s West End have said they will not be receiving “the much-needed support for their reopening plans”, yet are still reopening to the public as planned 17th October with their “premium dining and entertainment experience, London Never Dies.” Two casts have been hired to alternate between performing and waiting/front of house duties.

‘Thank you’ campaign under scrutiny

Outrage continues to boil following AP’s publication of news that the government is insisting on grant recipients using their communication channels including social media to thank them for their funding, and has prepared templates and artwork for them to use. MPs too have been joining in the government’s PR push on social media. Analysis of the UK parliament’s use of Twitter saw #HereForCulture become the most used words in tweets on Monday, and @OliverDowden the most retweeted account.

MPs questioned the Culture Secretary about it at a DCMS Committee hearing. Dowden dismissed members' concerns, describing the funding condition as “a normal PR campaign" and said MPs' upset over the instructions was "somewhat overblown".

But his PR offensive has been reported the Advertising Standards Authority, with the accusation that the government is breaking established advertising rules. The complaint raised was that, as cultural organisations’ social media activity was done on behalf of the Government, it should be labelled as advertising. The ASA will be assessing the posts.

Wednesday, 20 January 2021
The need for an essential electrical upgrade has put an end to plans to reopen Birmingham Museum and Art Gallery to the public after the latest Covid lockdown. The Museum now aims to reopen in time... read more

Sound Stage to provide a virtual theatre for audio plays

Wednesday, 20 January 2021
A new immersive audio-digital theatre experience is being launched to give audience members the chance to experience audio plays in a ‘virtual theatre’. The new venture, Sound Stage, aims to provide... read more