588 more organisations have received Culture Recovery Fund grants in England worth £76m, but information about how many were unsuccessful is no longer being shared. 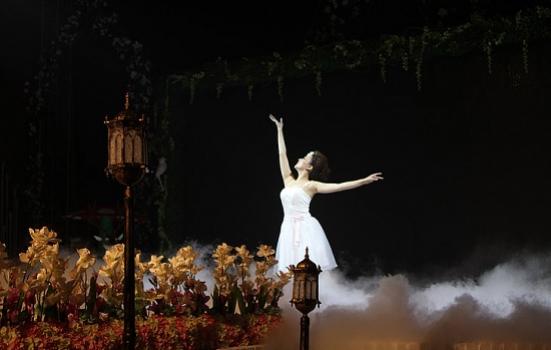 DCMS has announced £76m funding for 588 cultural organisations, the second major tranche of Culture Recovery Fund (CRF) grants worth up to £1m.

The first, larger round awarded £257m to nearly 1,400 applicants last week, and further rounds for grants of up to £3m and loans of £3m or more are yet to come.

The grants are being administered and distributed by Arts Council England (ACE), but in a highly unusual move they have refused to reveal how many round 2 funding applications were unsuccessful.

Despite acknowledging that more than 570 applications were rejected for the first funding round, ACE will not be disclosing the success rate for the second round, saying it "won't give an accurate picture of progress overall" since there is still further funding to be delivered.

An ACE spokesperson said "we are delivering the fund for Government, and DCMS are leading on the comms", but would not confirm or deny that DCMS or another Government actor had told ACE not to share that information publicly.

ACE's reticence is in stark contrast to the approach of the Arts Council of Wales, whose spokesperson told ArtsProfessional: "We have a good relationship with Welsh Government... There was no objection to us sharing the total number [of applications], and we did so in the name of transparency."

Recovery grants for the arts across England have not kept pace with London in the first two CRF rounds.

Across rounds 1 and 2, roughly a third of funding was awarded to the capital (£114m).

While London is home to large organisations with national outreach programmes, analysis of the grants using the most recent population estimates shows their per-person value was £12.73 - more than double that of all other regions - and that figure could grow further when the largest awards are announced.

The London-heavy allocation raises questions about what the arts sector will look like post-pandemic.

"We are keen, alongside hundreds of unsuccessful businesses, to understand the criteria with which some of these decisions have been made.

"We are losing important businesses and people every day," Kill added.

West Midlands had the lowest per-person funding at £3.85. Yorkshire and Humber and the East Midlands followed at £4.14 and £4.15 per person respectively.

Pat McFadden, Shadow City Minister for the West Midlands said: "So much for levelling up."

"The West Midlands arts and cultural sector needs help just like everywhere else. Our venues can’t operate and thousands of jobs are on the line.

"In this case the Government has certainly not put its money where its mouth is."

Funding was also relatively low across the north of England, where coronavirus restictions limiting artisitc activity are the harshest.

Dance received just 2.4% of the two CRF funds despite making up more than 10% of ACE's national portfolio.

Cheshire Dance, based in north west England, said it was concerned the Culture Recovery Fund "was not designed to help our sector, organisations like us, nor freelancers in dance".

Despite contributing £41m to the cultural sector, economic activity and employment in dance - often freelance - is at a standstill.

"We’re concerned that without better designed investment tools and policy level advocacy, the dance sector will once again become the Cinderella artform, wasting years of capacity building and past investment," Cheshire Dance said.

Music was the most widely supported art form in CRF rounds 1 and 2, with 543 organisations receiving funding compared to 63 dance organisations and 40 working in literature.

Theatre also benefitted highly, with 424 organisations recieving an average of £197,337 each.

Whilst I appreciate that there are further decisions to be made, the figures as they stand are pretty bleak for the regions and don't indicate any substantial degree of levelling up at all. This is how the funds have been 'shared' around at the moment: London 34.18% East Midlands 6.01% West Midlands 6.86% North East 5.84% North West 10.18% Yorkshire & Humber 6.82% South East 12.25% East of England 8.22% South West 9.57% The 'Crown Jewels' are still clearly located in the capital, despite all the rhetoric of 'levelling up' and all the rest of the bluster.
The results of the 3rd round of the Cultural Recovery Fund lay bare the lie that is the rhetoric of the levelling up agenda. The regional breakdown of the CRF per head of regional population (ONS stats) over the 3 rounds is as follows: London £15.10 North East £9.09 West Midlands £6.73 South West £6.39 North West £6.01 Yorkshire & Humber £5.53 East of England £4.85 South East £4.76 East Midlands £4.55 Assuming that all regions had proportionately the same number of rejected figures (and why would we assume anything else, given the policy rhetoric of 'levelling up'?) then this is a disgraceful result by anyone's measurements.