The ‘end of austerity’? ACE unlikely to benefit from DCMS funding boost

DCMS has received £100m extra annual funding in the spending review, but Arts Council England has not ruled out revising funding agreements for its National Portfolio Organisations. 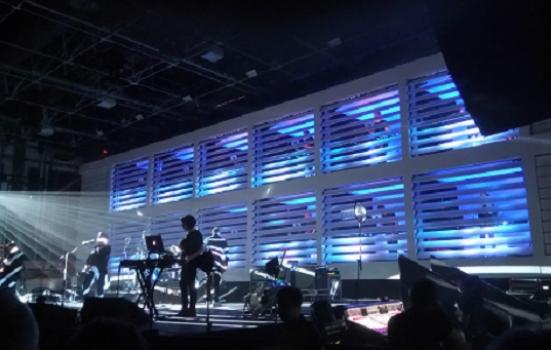 None of the real terms increase in DCMS’ annual budget announced by the Government this week is likely to be passed on to Arts Council England (ACE), according to the funder.

Chancellor Sajid Javid claimed the Government was committing to “the end of austerity” as he announced increases at least in line with inflation to all UK departmental budgets in this year’s Spending Review on Wednesday.

These included increasing DCMS’ budget from £1.5bn to £1.6bn in 2020/21 – a 4.1% increase in real terms on its funding this financial year. From that, the Treasury allocated about £515m to ACE and Sport England “to drive participation in cultural and sporting activities”.

Deciding how funding will be split between those two bodies is the responsibility of DCMS. A spokesperson for the department told ArtsProfessional it will give about £65m to Sport England and “more than” £450m to ACE. The Arts Council received £487m from Government in 2018/19 and £486m for the current financial year.

A spokesperson for ACE said: “We understand Arts Council England’s settlement for 2020/21 is likely to be in line with inflation. We expect to receive confirmation of this from DCMS in the coming weeks.”

The outcome of the Spending Review may impact NPOs, which received two-thirds of the agency’s direct Government funding last year (£327m).

ACE warned last month that it might have to revise its existing funding agreements if its grant-in-aid was reduced, saying a reduction in its budget would result in “insufficient funding to meet our commitments and deliver our plans”.

The Arts Council said it could not comment on whether funding agreements will be reviewed until after its settlement from DCMS is confirmed.

Much of the settlement for DCMS will be directed to sporting rather than artistic endeavours, with nearly £100m ringfenced for the 2022 Commonwealth Games in Birmingham and Britain’s Olympic and Paralympic teams for Tokyo 2020.

While DCMS’ revenue and administration allocations have grown, its capital budget has taken a £200m hit.

The department’s budget also includes £300m direct funding for museums and galleries and the continuation of the Discover England Fund for promoting tourism and “investment in the UK’s world leading digital economy to drive growth and innovation”, according to Treasury documents.

However, the spending review, which only covers one year rather than the customary three-year period, may become obsolete if a general election is held later this year, as many expect.

In his delivery speech, Javid also said DCMS has been asked to develop proposals for a new Youth Investment Fund.

He wants the department to create plans to build more youth centres, refurbish existing ones, and “deliver high quality services to young people across the country”. Javid did not say how much the fund will be worth.

Unlike other departments, the Department for Education received a three-year budget. It includes a £7.1bn boost that Javid claimed will grow beginner teachers’ salaries to £30,000 by 2022/23 “so that we can attract the best graduates to teaching”.

But it appears the Government will continue to place emphasis on the English Baccalaureate (EBacc), which has been blamed for a decline in the uptake of creative subjects, as a measure of educational success. It cites the proportion of 16 year olds entering the standard as one of its example performance metrics.