Arts funding will be protected from cuts as Chancellor George Osborne declares culture one of the “best investments we can make”. 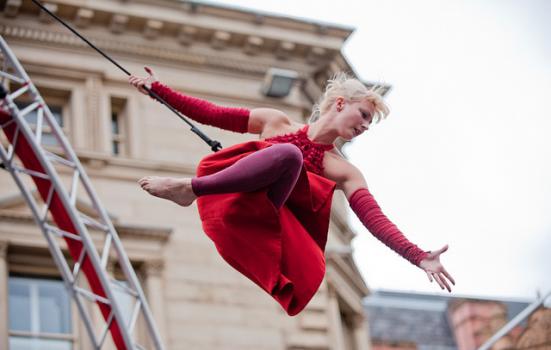 Funding for Arts Council England (ACE) and the national museums and galleries will not fall in cash terms until at least 2019-20. Allaying fears that funding could be cut by up to 40%, Chancellor George Osborne announced today that the DCMS will have its administrative budget cut by 20% but that ACE will be protected.

Announcing the Spending Review, Osborne said that £1bn in DCMS funds generate £250bn for the economy, making arts and culture among “the best investments we can make”. “Deep cuts in the small budget of the Department of Culture, Media and Sport are a false economy,” he said.

Osborne will also consider a new tax relief for museums and galleries, and has committed to protecting the free entry policy.

In the past few weeks rumours that the Government planned to redirect £320m from the Big Lottery Fund to core arts and sports funding have caused many to speak out. But Osborne confirmed this would not happen.

Further support for Hull City of Culture and the Burrell Collection was announced, as well as £150m for the British Museum, Science Museum, and Victoria and Albert Museum to replace “out-of-date” museum storage at Blythe House.

Local government funding will decrease by £6.1bn by 2019-20, although Osborne was eager to assure the public that, thanks to devolved power and the abolition of the uniform business rate, local government spending will not decrease.

Director of the Museums Association Sharon Heal welcomed the Chancellor’s move to protect ACE’s budget and the proposed tax relief for museums and galleries, but said she is still “deeply concerned” about the impact of local authority budget cuts on museums. “We believe that civic and local museums up and down the country will face real difficulties,” she said. “Museum closures, job losses and the introduction of charging are happening already. Today’s Spending Review means that this trend is likely to grow.”

DCMS told to model for cuts of up to 40%