Change education policy to save arts in schools, say MPs

A new report demands a “clear explanation” from DCMS and the Department for Education on why they have dismissed evidence about the declining provision and take-up of creative subjects. 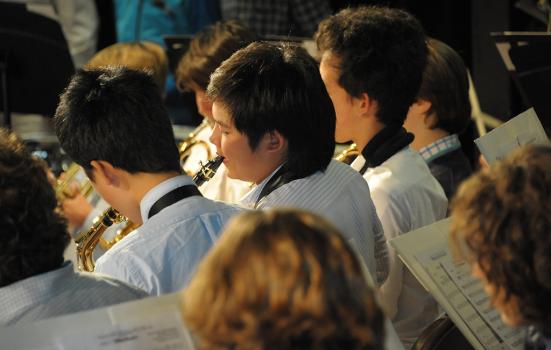 EaglebrookSchool on Visual Hunt / CC BY

MPs are demanding urgent government action in order to stem the decline of creative education in schools, including changing Ofsted’s inspection criteria and adding arts subjects to the EBacc.

A report from the DCMS Committee says: “We are deeply concerned by the evidence we received around the downgrading of arts subjects in schools, with all the consequent implications for children’s development, wellbeing, experiences, careers and, ultimately, life chances.

“It is not enough for the DCMS and Department for Education (DfE) to simply expect schools to provide a ‘broad and balanced curriculum’: they need to take action to ensure that this is actually happening.”

The report is based on evidence given to the Committee’s inquiry into the social impact of participation in culture and sport between June and December last year.

The MPs are now calling on the DfE and DCMS to work with Ofsted to design a revised inspection regime for primary and secondary schools, to measure:

They also reiterate their call for the arts to be added to the EBacc performance measure. Respected voices in the arts and education sectors have consistently argued that the EBacc, which includes maths, sciences and English but not arts subjects, is among the main factors behind the sidelining of cultural education.

Schools Minister Nick Gibb told the Committee that he wants to see an increase in the number of pupils taking arts subjects at GCSE and A Level.

The Committee argues that “the best way to ensure that this happens is to add these subjects to the EBacc, as recommended in our recent Live Music Inquiry and by our predecessor committee in 2013 in its Supporting the Creative Economy inquiry”.

The Government has not, it says, “shied away from a prescriptive approach to other facets of education policy, for example specifying which times tables primary school children need to learn”.

The report also challenges the government’s dismissal of evidence provided by the arts sector about the decline of creative subjects in schools. In February, research from the All-Party Parliamentary Group on Music Education, the Incorporated Society of Musicians and the University of Sussex challenged Gibb’s claim that the numbers of students taking arts subjects at GCSE was “broadly stable”. But the DfE did not directly respond to the research or distance itself from Gibb’s previous statement.

The committee says: “This is the area in our broad-ranging inquiry where there was the largest gap between government’s policy intentions and statements and the lived experience of organisations submitting evidence.

“This gap urgently needs to be closed, including through a clear explanation from the DfE and the DCMS of the figures on cultural education that they hold, and why these seem to differ from those used by cultural organisations concerned about arts education.”

The Committee added that it remains “deeply concerned about the gap between the Government’s reassuring rhetoric and the evidence presented to us of the decline in music provision in state schools, for which the EBacc is blamed and which affects students from less advantaged socio-economic backgrounds disproportionately.”

It adds that evidence from Wales suggests that “it is not just in England that downgrading of arts subjects in schools has occurred”.

Overall, the report makes a case for arts and sport interventions to be more systematically integrated into Government policy.

MPs heard evidence demonstrating that culture and sport can support positive outcomes in “health, education, criminal justice and urban regeneration”, but that “much of the excellent, life-changing work we heard about is on a precarious footing”.

They say: “In the same way that sporting and cultural organisations see social impact as their core business, the Government should see sports and culture as a mainstream way of delivering their social policy goals.”

As part of this, the report recommends that DCMS should work with the Department of Health and Social Care to investigate how social prescribing can be further expanded, saying “the full health impacts of cultural programmes are far from being reached”.

Noting that DCMS’ use of the arts in reducing criminal reoffending is “far less developed” than work championing the role of sport in this field, the report also calls for DCMS and the Ministry of Justice (MoJ) to commission a joint “review of arts in the prison estate”, following the model of a MoJ review of sport in prisons, completed in 2018.

Another recommendation is that DCMS should review the funding streams of arms-length bodies including Arts Council England, to see whether opportunities to achieve social outcomes can become more “long-term and sustainable”, rather than depending on time-limited project funding.

The report also calls on DCMS to carry out an audit of socially impactful work it has already funded or supported, saying: “The department should work with charitable foundations, academics and others to comprehensively understand, and champion, the current evidence base, and publish their findings within the next 12 months.”

Summarising its point of view, the committee says: “Arguably the most important finding from this inquiry is that there is no dispute about the positive social impact of participation in culture and sport. The question then is, why isn’t more done across Government to harness the power of culture and sport to address long-standing social problems?”