Arts Council England has investigated 46 suspected cases of fraud and revoked three grants worth a total of £570,000. 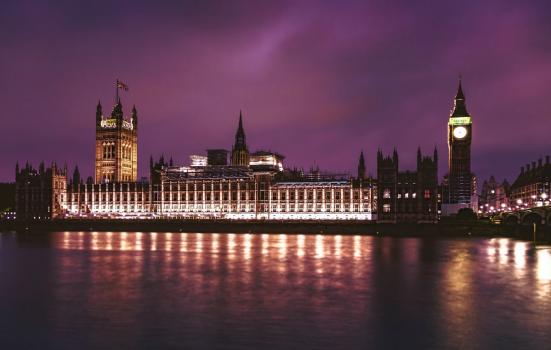 Officials at DCMS and ACE Chief Executive Darren Henley will be questioned
Photo:

The Public Accounts Committee has launched an inquiry into the Culture Recovery Fund's (CRF) management after it emerged that millions of pounds are yet to reach recipients. DCMS officials and Arts Council England (ACE) Chief Executive Darren Henley will be questioned, and the committee has issued a call for evidence.

ACE has so far investigated 46 allegations of fraud and received at least 125 complaints and objections relating to the first round of the £1.57bn scheme.

Five grants were withheld, four of them over issues related to the applicants' financial viability. Two were released when the organisations provided further information but the remaining three, totalling £566,778, have been stopped. One of these is under police investigation for fraud.

Allegations of fraud are still being made - two were received as recently as last month.

Awards for the second round of CRF funding are expected to be announced next week. However, a National Audit Office (NAO) report released last week highlights some failures in due diligence.

Despite using Cabinet Office software to automate this process, checks were not necessarily made before successful applicants were announced. The NAO reported that "checks are made before first payments are transferred to recipients but due to the large volume of applications and to speed up the process, ACE conducted some at the pre-award stage and some at post-award".

When concerns that some awards exceeded applicants' annual income hit the press, DCMS "recognised that it might need to increase pre-award diligence for its second phase of funding".

The NAO said the four arm's-length bodies administering the fund - ACE, The British Film Institute, Historic England and the National Lottery Heritage Fund - decided to keep some awards on hold pending investigation, but only ACE has conducted any investigations.

Outside expertise was called in for some of these, the funder said.

ACE won't share the names of the organisations whose grants it has revoked, saying it fears that potential fraudsters could use the Freedom of Information Act (FOI) to gain access to information that would provide a template for future fraud.

It has repeatedly refused requests to disclose information about its Culture Recovery Fund fraud investigations on the grounds it could prejudice the prevention and detection of crime.

An FOI request from ArtsProfessional for the number - not the names - of applicants being investigated was rejected on the basis that there was an overriding public interest not to release that figure, despite it having been shared with the NAO, which has now published it.

The Spotlight software used to assess applications gave a green, amber or red rating based on their potential risk, with the riskiest 'red' and 'amber' applications then checked by ACE's investment centre. Requests for the number of applications assigned each colour rating - and how many of those were awarded grants - have also been denied.

ACE and the other arm's-length bodies that have distributed CRF funding have declined to share their counter fraud policies.

ACE is also yet to publish success rates for the second tranche of the first funding round after hundreds of applicants missed out in the first October tranche.

Despite claiming concerns about potential future fraud, ACE has released a CRF application under the FOI Act to someone who had lodged a fraud allegation against the applicant.

The applicant appears to have breached DCMS' requirement to provide at least one year of full financial statements, having only nine months of certified accounts at the time of its application.

The company also claimed its financial records were regularly reviewed by its board, but Companies House records show it has a sole director and no other persons with significant control.

Unlike other arts councils, ACE permitted applications from companies with just one director.

This company was awarded the exact sum it asked for. Because of ACE's stance on disclosure, it is not clear whether funding was revoked.

£640m of CRF grants and loans - 80% of the first round - have now been delivered to organisations.

DCMS released a statement the day after the NAO's report that said they designed the fund "to respond to the changing needs of recipients against what has been an unpredictable public health picture".

Some were contacted after the Christmas lockdown announcement to see whether they still required their grants or wanted to delay them.

"Organisations across the sector asked us for this flexibility and we have given them the freedom to spend their awards in a timeframe that works for them," DCMS said.

On October 14, two days after the first tranche of round one announcements, ACE told ArtsProfessional that money would start reaching recipients' accounts by October 26, provided there were no "issues".

By February 19, just £495m of the £830m in CRF money awarded had been distributed to recipients. Another £145m has been delivered since then, DCMS reports.