The funder refuses to say how many other grants are under investigation amid complaints it awarded Cultural Recovery Fund money to a dormant venue. 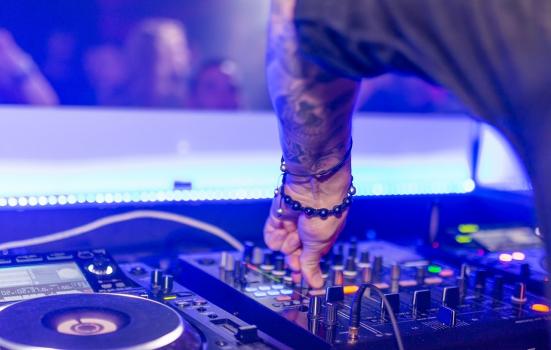 A grant to Sundissential Limited is under investigation amid allegations the company hasn't produced events for several years
Photo:

A £223,000 grant to a Telford music venue has been frozen amid allegations the company defrauded the Government.

Arts Council England (ACE) is now investigating Sundissential Limited, which it gave a Cultural Recovery Fund award to in October despite the company's limited activity in recent years.

The revelation comes as ACE distributes its final set of eight multimillion-pound grants from the fund.

Formerly a popular hard house club and mix tape producer in Birmingham in the late 90s and early 2000s, Sundissential came under new management in 2016. According to company records, it was then dormant - meaning no money came in or out of the business - between 2017 and 2019.

Representatives from Sundissential could not be reached for comment. However, Director John Nolan recently told the BBC allegations the company hadn't hosted events for years and acted fraudulently were a "malicious, vexatious and libellous campaign" by his competitors to have the grant revoked.

He said Sundissential participated in a Birmingham festival last year and had hosted events during lockdown.

It is unclear how Sundissential slipped through ACE's net. A software tool developed by the Cabinet Office was used to assess Cultural Recovery Fund applicants' company records, including whether they were active or not.

ACE also says applicants had to provide evidence of their financial viability that was assessed separately to the automated checks.

The funder began its investigation once the complaints started: "Arts Council England has received a number of concerns about the Culture Recovery Fund grant awarded to this applicant, which we are actively investigating," a spokesperson said.

"While we investigate no payments have been made."

Sundissential's grant is not the only one to raise eyebrows. ACE has also been criticised for awarding £791,652 to the Boiler Room, a live music streaming platform based in London whose financial records show £1.7m of liabilities in 2019 and more than £3.8m in 2018.

But ACE refuses to say how many other grants are frozen or under investigation.

"We anticipate the majority are likely to be resolved with no issue."

Loyal former Sundissential patrons have spearheaded efforts to get the grant revoked.

On Twitter, Amadeus Mozart and Andy Pickles of house DJ duo Tidy Boys said "even loyal fans and workers are disgusted" that the venue was given funding.

Paul Barton was a volunteer social media manager for Sundissential until the allegations came to light. He did not respond to a request for comment, but explained in a Facebook group for the old club's fans that he had "no other choice than to walk away".

A Facebook page for Sundissential that initially shared news of the grant has since been deleted. Barton alleged that more than 200 messages had been deleted from the page without his knowledge while he was managing it.

He described the discovery as a "bombshell" and said the fan group would cut ties with the Sundissential brand.

"As you can imagine for someone like me who loves the Sundissential brand through and through, this has been a right kick in the c***... I can only apologise unreservedly for the final nail in the brand's coffin.

"Rest assured, police are investigating the matter," he wrote.

ArtsProfessional was unable to verify these claims. West Mercia Police, which covers the Telford area, said they had no record of an investigation; however, it is possible another authority is taking the lead on this.

ACE says it has not forwarded any investigations to police at this stage.