Just over half of emergency arts funding has been distributed

An investigation into the Culture Recovery Fund found £335m of awarded funds were still sitting in DCMS' coffers last month as demand for support exceeds its 'worst case scenario'. 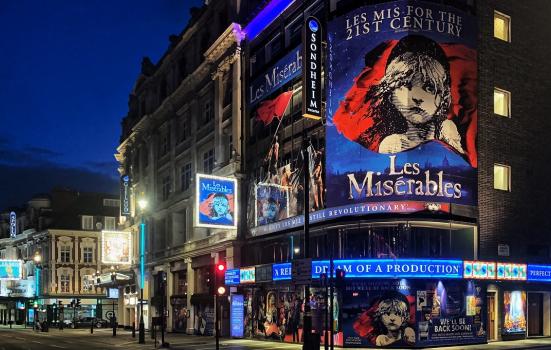 Demand for funding is, in some cases, higher than the start of the pandemic as organisations remain closed
Photo:

£335m of awarded Culture Recovery Fund grants and loans are yet to reach recipients amid a demand for support that exceeds DCMS' "worst case scenario".

An investigation by the National Audit Office (NAO) found £495m - just over half of the £830m awarded - had been distributed by February 19.

While it is standard practice for grants payments to be made in installments, typically 50% up front followed by 40% and the remaining 10%, Meg Hillier, Chair of the Public Accounts Committee, has called for faster delivery.

Many in the arts sector initially welcomed the funding (because they had to), "but eight months later, more than half of the £1bn made available so far is still waiting in the wings," Hillier said.

DCMS responded: "It is right that we get funding out quickly with the safeguards taxpayers would expect to see in such a huge investment, and much more money has been invested into the sector since this report was compiled."

NAO's report notes that, up until December, no culturally significant business had failed.

The department is due to allocate a second £400m funding round announced in December later this month. Another £300m was added to the Culture Recovery Fund in last week's Budget.

So far, applications for grants are more than double what's available, with demand for loans also outstripping supply, the NAO says.

DCMS missed its own deadline to award all grants by September 25, the NAO found, as arm's-length bodies were only just beginning to make the first awards by then.

As of June, 65% of arts, entertainment and recreation businesses had stopped trading. DCMS estimated the sector's commercial income had dropped by 95% and expected the pandemic to cause "large scale financial failure" if targeted support wasn't provided, the NAO reports.

"The department considered the end of September 2020 represented a cliff-edge for the sector, with many organisations likely to close permanently if support was not available by then."

Its best case scenario was that social distancing requirements would gradually reduce until October 2020, with the sector returning to full strength by the end of March 2021.

However, the current reality exceeds the department's worst case scenario - that social distancing would remain until April and demand for cultural activities would be 40% of pre-Covid levels.

Its business case to Treasury aimed to support 75% of cultural organisations at risk.

Recent funding announcements bring emergency support for the sector to £2bn - more than £1bn less than what it will need to survive.

DCMS estimated the gap in available funding for its worst case scenario at £3bn.

It asked Treasury for up to £1.67bn, expecting to make more than 40% of that funding available as loans. It made just 17% of the initial £1.57bn available as loans, having determined most organisations don't earn enough to repay them.

Even then, organisations weren't interested: applications for grants were oversubscribed, while a £270m loans programme was undersubscribed. Still, Arts Council England (ACE) offered loans to just over half (57%) of applicants.

Demand for some upcoming funding streams exceeds that of the early stages of the pandemic, NAO reports.

By mid-February, 5,182 organisations had requested £646m for £300m in grants. Arts Council England had also received 43 applications for loans totalling £144.6m against a £100m budget.

CRF funding awarded to date has had mixed impact on the Government's levelling up agenda.

While the 10% of local authorities deemed most in need of levelling up were more successful in their applications, they also asked for less and received a smaller proportion of funding compared with the least needy 10%.

Success rates also varied by region: the North East had the highest at 79%, followed by the North West at 73%. The lowest rate was for organisations in Yorkshire and the Humber, London and the South West (66%).

London received nearly a third of all funding by December, followed by the North West and South East, which each received 12%.

The North East of England received the highest average revenue grant - more than £217,000.

Just 12% of revenue grants went to organisations in rural areas.

The NAO only considered CRF distribution within England.