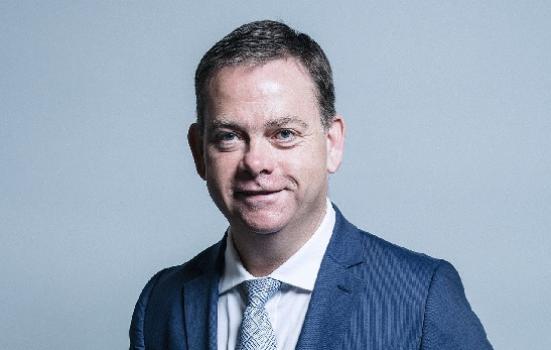 Adams says it is "essential that free movement is protected for artists post 2020".
Photo:

DCMS Minister Nigel Adams has said there is a “need to consider introducing a comprehensive music strategy” for the UK.

Speaking at a House of Commons debate on the contribution of music to the country’s economy and society on Tuesday, Adams also said he is investigating business rates relief and possible tax credits for music venues.

But he did not make any commitments on the sector’s hopes for a European touring visa for musicians after Brexit. Adams said such visas are under consideration and that “it is essential that free movement is protected for artists post 2020”.

He confirmed that “visa rules for artists performing in the EU will not change until the implementation period ends in December 2020.”

In a statement from the trade body, UK Music Deputy CEO Tom Kiehl said the debate "highlighted a huge opportunity for industry to work with Parliament to ensure crucial support for music is turned into much needed action," particularly on the issue of freedom of movement for artists.

Adams said he was “very, very happy to receive any evidence-based proposals for a tax relief” for grassroots music venues.

Responding to questions about plans to address planning pressures on live venues, Adams said the Government does not plan to revisit the Live Music Act 2012. He said a 2017 review had found the law, which allows smaller venues to host live music until 11pm without applying for a licence, was “working broadly as intended”.

The Conservative Party’s election manifesto included a commitment to change business rates for music venues. Adams said he will receive more information about this support soon.

Adams expressed support for UK musicians abroad, saying: “Touring is the lifeblood of the industry and we recognise the importance of the continued ease of movement of musicians, equipment and merchandise once we have left the EU.”

But he did not present a proposal for ensuring this, saying he welcomed the industry’s views on the matter.

He said the grant-giving Music Export Growth Scheme had been helpful for travelling bands and promoting the industry’s “soft power” overseas.

“I recently met the Minister for Investment and spoke to him about the importance of these schemes. We look forward to working in partnership with his department and the music industry to ensure that talent can access key overseas markets.”

Adams said the government was “not ruling out further support for self employed parents” working in music.

“Evaluation of shared parental leave is ongoing,” he said.

He also said he will work to “stop the exploitation of our artists” in copyright matters but indicated the government will not follow European copyright directives.

“We support the overall aims of the copyright directive, but our imminent departure from the EU means that we are not required to implement it in full.”

Adams reiterated the government’s plans to revise the national plan for music education and develop a model music curriculum but did not provide any more details on this work.