A new manifesto says freelance workers have “little protection from exploitation” and warns of a grim future for touring performers. 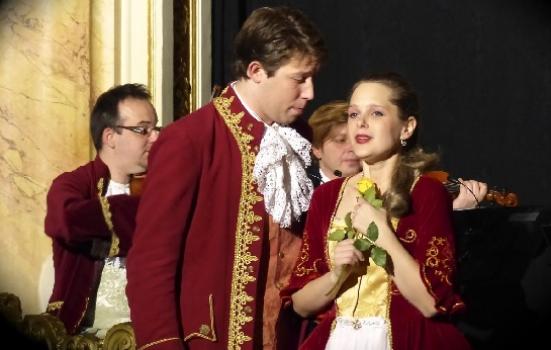 Musicians are calling for a raft of policy measures to limit the damage Brexit will cause to their livelihoods.

A manifesto released by the Incorporated Society of Musicians (ISM) says that the £5.2bn music industry is “vital to supporting the UK both in terms of GVA (gross value added) and soft power” and that new travel regulations and legislation are needed to protect the sector and its workers from profound damage should Brexit come to pass. This has been a common refrain of music industry bodies for years, yet none of the manifestos released by major political parties in recent weeks has reflected these concerns.

ISM’s manifesto suggests that up to 85% of its 10,000-strong membership visits the European Union (EU) or European Economic Area at least once a year for work. More than a third work there for at least one month a year, about a fifth visit more than 11 times a year.

“Many musicians rely on work within the EU for a sizeable portion of their income and are very concerned about the effects that Brexit will have on their livelihoods,” the society says.

It adds that one in every seven musicians gets less than a week’s notice between being offered work in the EU and having to take it, “so a two-year, multi-entry, cheap and admin-light touring visa is essential”.

Among other policies, the manifesto calls for:

The ISM stresses that “above all else a no deal Brexit must be avoided to protect the music industry and those who work in it”.

Industry body UK Music has separately called for the next government to introduce an inter-departmental strategy on music and health to plan “how we maximise the benefits of music for everyone”.

Anna Patalong, a British soprano and ambassador for ISM’s Save Music campaign, has travelled to the EU six or seven times in the past year.

Some years she travels twice as often: “My whole career has been based around that.”

Patalong said understudies can be called upon to travel abroad within a few hours and needing a visa for each flight would make these oftentimes career-launching opportunities “impossible”.

“For an opera singer, a project is maybe six weeks but a concert can be just one night. If we have to apply for a visa every time, for the promoters, it’s just going to be too difficult,” she told ArtsProfessional.

“I can only envisage that the UK music industry is going to shrink.”

British music is not only in danger of disappearing from European stages. According to ISM’s manifesto, the subject is no longer taught to 11 to 14-year-olds in half of state-funded secondary schools.

“Other schools are moving towards music only being offered on a ‘carousel’ basis (offered for part of the year on rotation with other subjects) or taught on one day per year. In other schools it has disappeared altogether.”

Speaking at a conference about the social value of music on Monday, UK Music CEO Michael Dugher stressed the subject’s benefits, pointing to research from the Cultural Learning Alliance, which found that exposure to music enhanced cognitive abilities

“All the evidence suggests that children who are engaged in their education through music, and similarly through other subjects like drama and sport, do better at core subjects like Maths and English.”

ISM’s document calls for either the end of the English Baccalaureate (EBacc) or the introduction of a sixth pillar for creative subjects to address the “marginalisation of music from our schools even though music is part of the national curriculum”.

ISM is also asking for equalities legislation, parental leave rights and third-party harassment rights to apply to freelance workers, which would cover most musicians.

The society says musicians “have little protection from exploitation” because of their employment status. As well as its recommendation to implement the EU Copyright Directive, it says that UK copyright laws must not be “undermined by any post-Brexit future trade deals with the United States or any other nations”.