A major collection society says the levy could provide up to £300m per year. What would it look like and how would it work? 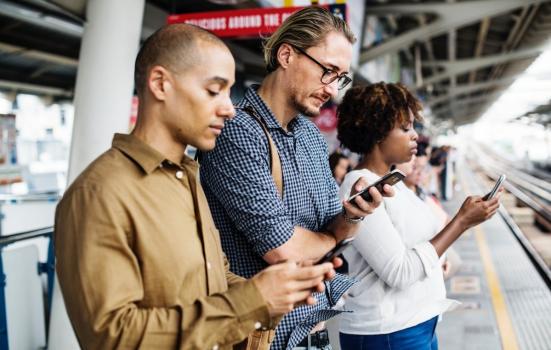 Taxing smartphone sales is a "no brainer" but regulation and buy-in from tech companies would be needed
Photo:

Creatives are calling for a tax on digital devices, saying the scheme could help provide fair compensation for creators and performers.

A one-off levy of up to 3% on the sale of smartphones, laptops and other devices with digital storage capacity would generate up to £300m per year, the Design and Artists Collection Society (DACS) estimates.

Forty-four countries including most of Europe and several African nations already operate such a system. Global collections reached more than €1bn in 2018, recent research suggests, with various models distributing funds directly to rightsholders or via government bodies.

DACS, the driving force behind the 'Smart Fund' campaign supported by 100 artists, actors and authors this week, said it wanted to work with the tech industry to create a central fund that both rewards creators and finances cultural policy aims, "putting left-behind parts of the UK on an equal footing".

It has the added benefit of projecting the UK's soft power and "brand", Chief Executive Gilane Tawadros added.

Collective management organisations (CMOs) such as DACS, the Authors' Licensing & Collecting Society (ALCS), Directors UK and PRS for Music would collect and distribute the levy under the proposal.

Smart Fund Ambassador Yinka Shonibare called it a "no brainer".

"Currently there isn’t any effective way for creators to be recompensed when their work is downloaded and stored by audiences. This remains one of the largest untapped opportunities for creators and performers."

DACS declined to provide the economic research it conducted to reach the £300m estimate but said it modelled this on international examples and the UK's high consumption of digital devices.

Similar collections schemes are gaining traction in Africa, with Malawi, Morocco, Tunisia and Cabo Verde all establishing systems in the past five years, while copyright protections are being strengthened in Latin America and Asia.

DACS says the UK is falling behind the curve, especially compared to Europe where these taxes are more established.

Director-General Gadi Oron said the levies are increasingly becoming "an important source of income for rightsholders with tremendous potential for growth".

"Our challenge is to promote the legal, enforcement and operational environment that would support further growth in this area."

The levies, sometimes agreed by stakeholders but often legally mandated, range from 0.15% on smartphones and tablets in Ukraine to 10% in Malawi and Cabo Verde.

In most countries, a percentage of collections is top-sliced for state aid. Turkey's Ministry of Culture takes 100%, though most nations reserve between 10% and 30%.

This approach has become more popular during Covid-19 as a way of assisting artists whose earning potential has been limited.

Its tax, which is based on devices' memory capacity with exemptions for export and professional use, generated €259m in 2019.

Artists' enthusiasm for a device tax may not be matched by policymakers and the wider public.

New regulation and enforcement mechanisms would almost certainly be needed. Lawsuits against manufacturers who dodge payments are not uncommon in collecting countries.

While most use a singular CMO to distribute payments, the UK has several and detailed market research would be required to determine the proportion of payments due to different creators.

Tech companies too must get on board if levies are to be agreed, and DACS has admitted the industry is not eager to pay up.

Former Culture Minister Ed Vaizey expressed optimism in an all-party parliamentary group this week - "I think there's a lot of mileage in this" - but Conservatives, having rejected the EU Copyright Directive, are unlikely to jump at the idea of European-inspired market intervention.

DACS says there is no evidence to date that device taxes are simply passed on to consumers, saying the recent introduction of a new levy in Spain did not affect sale prices.

CISAC reports the average fixed levy on a 32GB smartphone, adjusted for purchasing power, is €4.79 or €3.80 for a tablet with the same storage.

Even the most tech-savvy households in the highest charging country - Hungary - pay less than €40 per year.