A new metric for measuring the merit of "low value" courses like creative arts aims to change perceptions of what a quality education looks like. 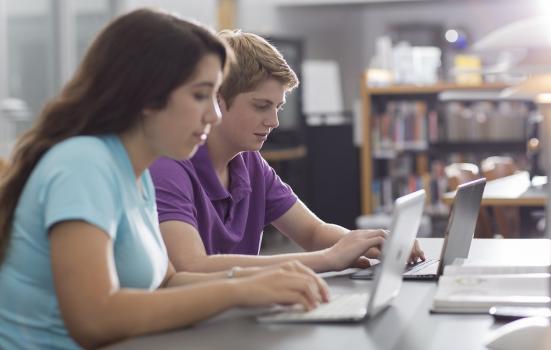 Arts students value more than just what job they end up with: "This should be given more weight"

"Contribution to culture" should count towards assessing the value of undergraduate degrees, universities say.

A new metric developed by Universities UK includes the likelihood that graduates will work in the creative and cultural sector as a marker of their contribution to social responsibility.

The tool, which attributes the same level of importance to arts workers as teachers, healthcare workers and environmentalists, may help institutions secure the future of creative arts courses.

The Government has taken aim at "low value" degree programmes, with the Office for Students backing plans to cut the per-student grant for subjects that aren't considered strategic priorities and set minimum requirements for progression into employment or postgraduate study.

Universities UK says it wants to "build confidence the sector is regulating itself" and change perceptions of what a low quality education looks like.

"We need a different narrative around quality and value.

"There’s a real risk that regulation and funding decisions based only on narrow measures, such as graduate outcomes, will make it more difficult for universities to support levelling up, improve social mobility and deliver choice for students."

It's expected the metric will expand official understanding of arts graduates' prospects. The current government and regulatory measure - progression into highly skilled employment within 18 months of graduation - misrepresents the non-typical work lives of many in the cultural and creative sectors.

Creative UK, formerly the Creative Industries Federation, was a stakeholder on the project.

“We urge Government to work with business and the higher education sector... before any funding decisions are made, without which we risk significantly disadvantaging the next generation of essential creative workers and limiting the UK’s economic success.”

The metric considers three key 'values' of higher education: social responsibility, economic growth and contribution to levelling up the UK.

"This is not meant to imply that there are not also economic benefits to creative arts courses," a spokesperson said, noting arts graduates' contribution to the economy would also be accounted for.

Student satisfaction also matters: according to the National Student Survey, most emphasise quality teaching (94%) and fair assessment and feedback (91%) over getting a job soon after graduation (65%).

Eight in 10 thought the government should advocate for the broader benefits of univeristy study.

Among these value measures, the metric also gives worth to a university's "mission" and how its courses align with the local economy's needs.

A pilot of the tool last year "considered" creative arts courses but did not judge their value, Universities UK says.

Six universities - Brighton, Gloucestershire, Staffordshire, Suffolk, Manchester Metropolitan and York St John University - "looked at whether this would work for arts courses" but are yet to publish their findings.

Just one arts specialist institution - Arts University Bournemouth - was involved in a lighter-touch scoping exercise. It did not respond to request for comment before publication.

However, Universities UK said the evidence to date suggests arts graduates are happy with what they learn at university and their paths after graduation: "This should be given more weight when looking at outcomes".

The organisation is asking higher education institutions to publish statements explaining how they monitor and address low value courses in a year's time.

Though the metric promotes "transparency and consistency", the body says its main purpose is improving universities work rather than public accountability.

"The framework is there to help with internal processes and is asking universities to say publicly how they review courses rather than asking them to report data on how each creative course performs."