The Education Secretary's remarks have added fuel to the firestorm of criticism sparked by plans to cut universities' arts funding. Do we need to be worried? 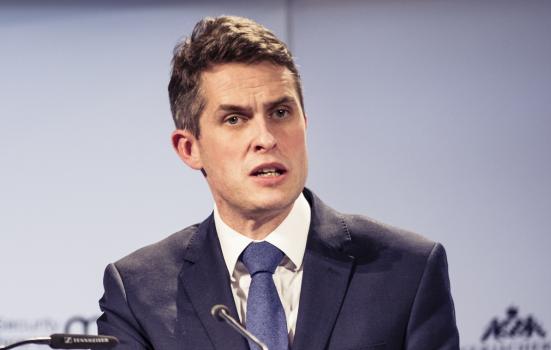 The Education Secretary's desire to "pivot away from dead-end courses" has caused outrage and fear that creative arts may be on the chopping block.

Gavin Williamson's comments, published by Conservative Home, come in the wake of a controversial plan to cut funding for "low priority courses" including the creative and performing arts by 50%.

While he didn't specify which courses he was speaking about, Williamson said the proposal will "strengthen the ability of the Office for Students to crack down on low quality courses".

"The record number of people taking up science and engineering demonstrates that many are already starting to pivot away from dead-end courses that leave young people with nothing but debt.

"Our reforms will open the way for them to embrace the opportunities offered by degree apprenticeships, higher technical qualifications, modular learning and our flagship Institutes of Technology."

Now, The Times reports the Department for Education (DfE) plans to launch a second consultation next month on lowering university tuition fees to a maximum of £7,500 in a bid to curb ballooning student debt.

Science courses would be given extra funding, leading some to fear arts courses could disappear from universities entirely.

Universities UK, which represents 140 institutions, said the planned change to funding for arts subjects was "gravely concerning" and "could mean a reduction in the number of courses offered".

An additional £10m has been made available for specialist arts providers, including most drama and music conservatoires, to "recognise [their] distinctive contribution", although this wouldn't make up for the proposed funding cut.

Critics quickly decried Williamson's comments, with the National Union for Students describing them as "galling" and "out of touch with the country".

Music student Emma Wilkes told Twitter she was "so mad about the Government's anti-arts rhetoric".

"Art is work, not a fruitless glorified hobby."

Her outrage was shared by Sheffield Hallam University Senior Lecturer Dr Russell Jackson: "God forbid any plebs should take the opportunity to do a degree in something creative, which they have a passion for, in one of Britain's genuinely world-beating sectors."

Much of the indignation centred around a perception that the Government is attempting to further a culture war in academia and silence disciplines that foster creative and critical thinking.

"[DfE] should not create a false heirarchy by pitting science vs arts," the Incorporated Society of Musicians (ISM) said.

"While take-up of STEM subjects may be increasing, this is in large part due to the government-driven myth that arts and humanities subjects aren’t as useful as degrees in science."

He wrote that the Government has made students a "scapegoat" and is denouncing them as far-left and ignorant.

A separate Higher Education Freedom of Speech Bill would establish a free speech ombudsman and permit fines for institutions who de-platform controversial voices. This would "put an end once and for all to the chilling effect of cancel culture in universities," according to Williamson.

Marshall said it was easy for the Government to "ignore the interests of people who won't be voting for them anyway".

"Instead of encouraging people away from ‘dead-end courses’, he could ‘pivot’ government policy to avoid ‘leaving young people with nothing but debt’ by cutting tuition fees.

"Unfortunately, Williamson and the Government have drawn their battle lines in the culture war and, evidently, we’re on the other side."

Lowering tuition fees would be a return to the recommendations of a 2019 review that led to a similar panic over the future of arts education.

Dr Philip Augar's report, which suggested capping fees at £7,500 per year, also said investment in creative arts degrees had grown by more than £6000 per student over seven years while spending on STEM subjects had declined.

It found creative arts courses were the most expensive to the taxpayer, costing up to £37,000 - 30% more than engineering degrees.

"We recognise that a significant number of graduates in the creative arts make a strong contribution to the economy through work in the dynamic creative industries sector and to society through careers in the arts and design," the report said.

"But we question whether the sheer number of students taking subjects such as creative arts and design and social studies, the current grant top-up, and the large likely debt write-off given these graduates’ predicted earnings, constitute good value for taxpayers’ money."

Unpaid loan debt for creative arts degrees was higher than any other discipline, totalling more than £1.1bn in 2017.

"We make no judgements about the merits or demerits of these disciplines, but question whether this changing pattern of public subsidy is strategically desirable," the review concluded.

Today, the Government faces the prospect of more than £1tr in loan write-offs by 2040, with up to 83% of loans going unpaid because graduates aren't earning above the £27,295 repayment threshold.

The Institute for Fiscal Studies (IFS) this week declared at least 30% of an extra £4.3bn education funding committed in response to the pandemic in fact comes from existing or unspent budgets and is not new money.

As such, the net increase in all education spending is just 2% over two years, the IFS says.