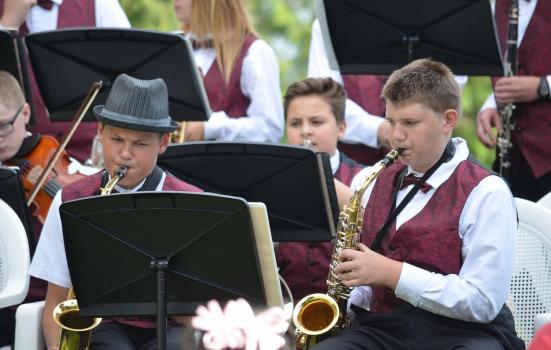 New research challenges Schools Minister Nick Gibb’s claim that the numbers of students taking arts subjects at GCSE is “broadly stable”. Analysis of the Department for Education’s (DfE) own figures shows that the proportions of students taking both music and other arts GCSEs have fallen by more than 15% in the past four years.

The DfE did not directly respond to the new analysis from the All-Party Parliamentary Group on Music Education, the Incorporated Society of Musicians (ISM) and the University of Sussex. But the department continues to insist that the proportion of state school pupils taking music GCSE has remained broadly stable since 2010.

The authors conclude that music education is “in crisis” and that “the government must act quickly to ensure music does not become the preserve of a privileged few.”

The report says that total GCSE music entries have fallen by 8,892 (20%) since 2014/15. When entries are considered as a percentage of the annual student cohort across the country, the fall is 17%.

The authors say that a key factor in this decline is the English Baccalaureate (EBacc) performance measure, which does not include arts subjects. They reference a range of previous research, saying it indicates “the devastating impact of the EBacc and Progress 8 (in which the EBacc subjects fill the first seven of eight slots) on music education within and beyond the curriculum”.

The report says that these “ineffective and perverse accountability measures” are combining with reduced funding and the declining status of music education to “push music education out of schools”.

It adds that “The English Baccalaureate and Progress 8 accountability measures should be reviewed and reformed to provide a better education for our children. At the very least a sixth pillar should be added to the EBacc for the creative subjects including music.”

Speaking at the launch of the report, Deborah Annetts, Chief Executive of the Incorporated Society of Musicians (ISM), said that Nick Gibb’s statement to the DCMS committee last year that numbers taking at least one arts GCSE had remained “broadly stable” was “a misreading of the percentages”.

“When percentage music entries are further analysed, it is clear that the fall is significant and mirrors the Ofqual figures,” said Annetts. She said that the percentage of students taking at least one arts subject at GCSE had fallen even faster than for music – by 18% when adjusted for cohort size – since 2014, commenting “this is not ‘broadly stable’ as the DfE claims.”

Annetts also took a swipe at the DfE’s general approach to statistics, saying: “Too often the DfE uses data to argue that everything is fine and to contradict the data from other institutions. When I spoke to the DfE about this, they themselves said it would be good if we could get to the bottom of what is going on with the various stats so that we are all working with the same data. So that is exactly what we have done.”

The DfE did not challenge the specific figures in the APPG report or distance itself from Nick Gibb’s previous statement.

A spokesperson said: "The EBacc was designed to be studied as part of a broad and balanced curriculum. This approach allows pupils to continue to study additional subjects, like the arts, that reflect their individual interests but also provides a strong academic foundation that keeps their options open. Music is compulsory in the National Curriculum up to the age of 14.

“More broadly, we are putting more money into arts education programmes than any subject other than PE – nearly half a billion pounds being used to fund a range of music and cultural programmes between 2016 and 2020.

“And since 2010, the percentage of time spent teaching music in secondary schools has remained broadly stable, as has the proportion of pupils in state-funded schools taking music GCSE.”

The report also finds falling secondary school music teacher numbers. These dropped by 1,000 (13.3%) between 2010 and 2017, in contrast to the numbers of English and Maths teachers, which rose by 900 (2.5%) and 1600 (4.9%) respectively over the same period.
And the authors draw attention to an increasingly insecure workforce in music education hubs.

“A growing number of teachers are delivering the work of the Hubs on hourly-paid self-employed contracts or working in schools under the same arrangement, sometimes paid directly by parents who can afford it,” says the document. “This ‘Uber’ model of music education works at odds with a drive for professionalism and high quality music education, undermining the push for sustainable and high-quality provision as determined by the National Plan for Music Education.”

The report says that 48% of music teachers responding to an ISM survey last year said that their employment terms and conditions were worse than in 2012, with only 7% saying they were better.

Among the report’s workforce recommendations are that classroom teachers should teach within their area of specialism, that teachers are supported to access regular continuing professional development, and that there are enough teachers coming through the qualification process.

“Secondary music should be treated as a shortage subject, and greater efforts and financial incentives applied to attract high-quality candidates onto ITE/ITT [initial training] programmes,” it adds.

The report welcomes Ofsted’s plans to refocus its inspection framework away from data and onto the breadth and richness of school curriculums, but says there are “irreconcilable tensions between a rich and broad curriculum, and implementation of the EBacc”.

“With Ofsted making the EBacc central to their inspections, this is only going to make the damage worse,” say the authors.

Aside from its impact on arts subjects, Annetts said that the EBacc is “failing on its own terms”. The government has a target of 75% of students studying the EBacc by 2022, but the report finds that only 38% of students in state schools are currently doing so, and under 17% are achieving it.

Annetts said: “This is clearly a government policy that is not worth it. It has yielded very little and yet it has destroyed so much.”