ISM Chief Executive Deborah Annetts told peers the current selection of ‘facilitating subjects’ was not based on evidence and had skewed students’ A level choices. 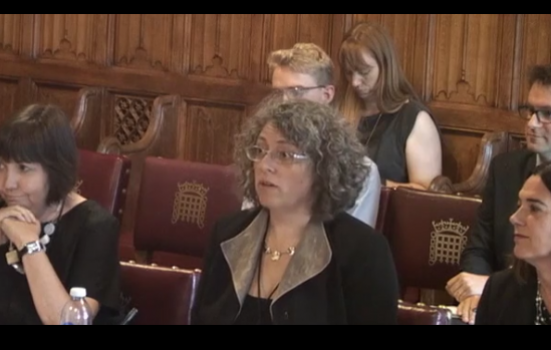 The UK’s top universities must revisit their advice about which A level subjects to take because it skews students’ choices and restricts the breadth of school education, peers were told yesterday.

Speaking at a one-off evidence session of the House of Lords Communications Committee on the balance between STEM subjects and the arts in schools, the Incorporated Society of Musicians (ISM) Chief Executive Deborah Annetts questioned the validity of the Russell Group’s ‘facilitating subjects’ – the list of A levels identified by leading universities as providing the most suitable preparation for entry to university. This list, she said, is “not actually underpinned by any evidence”.

“There’s a whole list [of subjects] which forms the cornerstone of the EBacc which has skewed the choices made by some students as they make their selection around A Level,” she said.

“If the Russell Group could be persuaded to look at those concepts again I think that would be very helpful.”

The Russell Group encourages students who are unsure what to study at university to choose A levels in two of eight subject areas, which include maths, English, science, history and geography – much like the English Baccalaureate (EBacc) performance measure.

Annetts said that the advice had influenced education policy, including the EBacc. "It's really important that we have the broad and balanced curriculum that everyone is talking about but that is not what is happening,” she said. “And I think this is to some extent driven by the facilitating subjects that came from the Russell Group. Somehow those facilitating subjects have become the cornerstone of education policy," she said.

Hilary Leevers, Head of Education and Learning at the Wellcome Trust, echoed Annetts’ comments. Noting that the guidance was based on Russell Group entries in 2007, she said that since then the entire higher education sector has been “very much disrupted”.

Leevers said that the Russell Group’s advice was based on traditional assumptions such as thinking that it was beneficial to study maths alongside science A Levels. But she argued that the changed content of A-Level courses made such beliefs outdated. “I suspect that the guidance given saying ‘these subjects will facilitate your entrance into university’ was out of date. It will probably be even more out of date under the new specifications,” said Leevers.

She also questioned the necessity of the EBacc, saying: “If the facilitating subjects no longer function in the way we thought they did, then why do we need this EBacc categorisation?”

The comments come amid increasing evidence suggesting that the Ebacc is encouraging schools to marginalise arts subjects.

Recent analysis by ArtsProfessional found registrations for 2018 arts GCSEs had plummeted last year by 51,000, and by almost 150,000 over the past five years.

And figures published by DCMS last week show that the number of arts subject teachers working in secondary schools in England has plummeted by 9,000 since 2011 – a fall of almost a quarter (22%).

The EBacc has also been held responsible for reinforcing subject hierarchies and increasing student disengagement.

Also giving evidence at the committee was Katie Normington, Senior Vice-Principal at Royal Holloway, University of London. Normington outlined a decline in the take-up of arts subjects at A Level, which she attributed to the "pressure of the EBacc".

But she differed slightly from the other speakers in concluding that the narrowing of schools’ focus was not driven by the Russel Group’s facilitating subjects, but by the “limited spectrum” on offer to students who typically choose only three A level subjects.

Deborah Annetts also pointed out the limiting impact of the EBacc, saying: “If you look at the stats, with the massive fall in Design and Technology, and technology is part of STEM, it’s quite clear that STEM is not the thing that is squeezing at Key Stage 3.

“It’s definitely the EBacc though, and it’s being used by schools to change the way in which they deliver the national curriculum. And that is the concern.”