Data from the British Phonographic Industry reveals consumption of British music increased in every region globally in 2021. 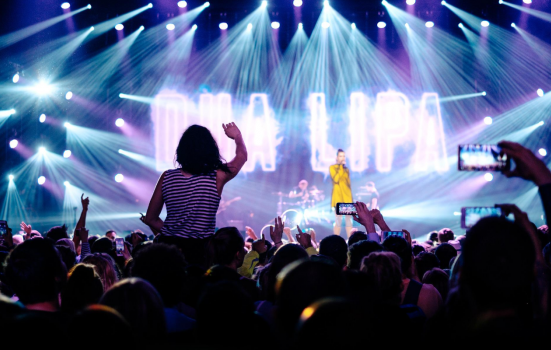 A record number of British music artists hit 100 million global streams in 2021, as British music exports surged 13.7% to reach a new record high of £590.8m, according to data from the British Phonographic Industry (BPI).

The 2021 total is the highest since the trade body began its annual survey of overseas income for record labels in 2000.

Growth was propelled by both independent and major labels driving streaming success, the BPI’s report showed, with a record number of artists from all parts of the UK racking up multi-million stream counts.

“This is not just about our much-loved superstars, but new artists and bands from all over the UK who, with their label’s investment and expertise, are able to successfully navigate the competitive streaming landscape.”

Physical and digital download sales, streams and other consumption of British music increased in every region globally in 2021.

“The UK has long punched above its weight when it comes to music, as the world’s third largest music market and the biggest exporter of music after only the US,” said a spokesperson for the BPI.

“We have just 1% of the world’s population but account for around a tenth of its music consumption, which is quite a feat really, and this also helps to boost the UK’s ‘soft power’, so our contribution goes well beyond music to the benefit of UK trade as a whole.”

“The UK always tends to do well in traditional big markets such as in North America and Europe, but increasingly we are seeing opportunities opening up in Latin America and major territories like South Korea and China... as digital services increasingly grow their penetration there and consumers develop a growing appetite for UK and ‘Western’-style music and artists,” the BPI spokesperson said.

In total, nearly 400 British artists and bands each accumulated over 100 million global audio streams in 2021, according to the BPI’s analysis of streaming data from Luminate. The number is a sizable increase on the 2020 total of around 300 artists.

But “the flipside” of growing global streaming numbers is that “local repertoire across markets in Latin America and Asia is becoming increasingly competitive and a growing challenge to UK music,” the spokesperson said.

“We must become ever more competitive and creative to meet this challenge,” he added.

If they match global streaming growth, the UK’s annual music exports could reach more than £1bn in the same period, the BPI report predicts.

“We believe that, based on global growth projections, a doubling of annual UK music exports from just under £600m now to over £1bn by 2030 is within the UK’s reach, but for this potential to be fully realised requires all parts of the music community to work together collaboratively to grow music consumption and exports, supported by government in close partnership,” the spokesperson said.

“The government is busy negotiating new bilateral trade deals, and we welcome the opportunities these may create in new markets, though it’s vital that copyright and IP protections are built into such deals if our exports and artists are to truly benefit.”

He added that post-Brexit restrictions impacting touring must also be urgently addressed.

The BPI report cites the Music Exports Growth Scheme as instrumental to the growth of Britain’s overseas music revenues.

The scheme, which is administered by the BPI and joint funded by industry, the Department for International Trade (DIT) and Department for Digital, Culture, Media and Sport (DCMS), offers small and medium-sized music labels grants ranging from £5,000 to £50,000 to help support their marketing overseas.

Launched in 2014, the scheme has to date awarded over £4m in support to around 300 projects across a variety of genres. More than 60 UK artists funded by the scheme topped 20 million streams in 2021.

“Government funding for the Music Export Growth Scheme tends to be agreed in waves of two-to-three years, and we are awaiting news for future funding rounds – but we are hopeful this will be confirmed,” BPI's spokesperson said.

He stressed that future growth depends on supporting labels to “get on with what they do best – help to discover, nurture and develop diverse talents – solo artists and bands – and then promote these artists with great skill and commitment at home and around the world through 24/7 global marketing, also supported by investment in data and systems that now underpin successful digital marketing.”

“We look to government to remain committed to creating and supporting a business environment that enables music companies to invest with confidence in being able develop talent and in creating even greater choice and value for artists and music fans alike,” he said.