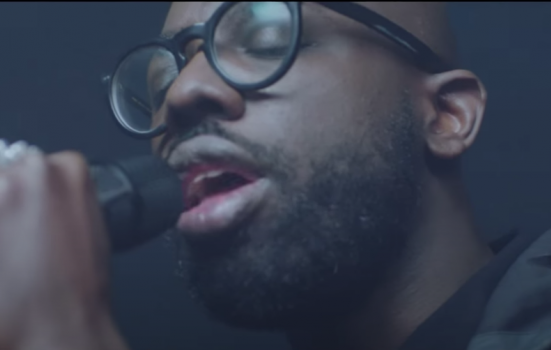 Music industry figures have warned against proposed funding cuts for a charity that has supported thousands of new artists including half of Mercury Prize nominees in the last four years.

Royalty collection body PRS for Music has said it will cut funding to the music development charity the PRS Foundation, which it set up as an independent foundation more than 20 years ago, from £2.5m a year to £1m a year in 2024 - a 60% cut.

PRS Foundation, one of the UK’s largest funders of new and emerging music talent, has invested in over 6,700 new music initiatives since its inception, including Mercury-nominated acts such as Floating Points, Ghostpoet, and Laura Mvula.

An open letter signed by more than 50 organisations, many of them PRS Foundation Development Partners who support musicians funded by the charity, called the proposed cutback a “rug pull” that would be potentially devastating to the music ecosystem.

“With 60% less investment, there will be 60% fewer successes. We do not believe a drastic rollback to 2000-levels of investment is fair, reasonable or even justifiable,” the letter reads.

“We stand together to urge PRS for Music to halt its proposed cuts to PRS Foundation and reverse a decision that could set the fragile post-Covid music economy back by decades.”

PRS for Music first announced the decision to cut annual funding from £2.5m this year and next year to £1m from 2024 onwards at its annual general meeting last month, after it was voted on by its member council.

A statement from the collection society says the reduction is necessary because the income stream the donation comes from – interest earned on investment and royalties awaiting distribution – has declined, “not least because of historically low interest rates”.

The announcement followed publication of PRS for Music's financial performance in 2021, which saw online royalties reach record highs, and overall revenue rise 22.4% compared with 2020 to £777.1m - only slightly down on the pre-pandemic figure of £810m.

PRS Foundation Chief Executive Joe Frankland says the impact of the reduction “should not be underestimated”. The charity received over 5,900 funding applications last year, an all-time high that has led to the amount of applications doubling since 2014.

“I want to reassure the songwriters, composers, artists, bands, producers and talent development organisations we serve that we are here for you,” he added.

“In a world of short-term decision making, you can rely on the foundation team and board ensuring that we are here for creators’ long-term needs.”

Signatories of the open letter say cuts to PRS Foundation’s funding will have a disproportionate effect on diverse talent.

Among those concerned are Jazz re:freshed Co-Chief Executive and Executive Director Yvette Griffith, who said the “hard-won improvements in representation for women and minorities are under threat from [the] unprecedented 60% cut in grassroots resourcing”.

According to PRS Foundation data, 67% of organisation grantees are based outside London, while 63% of creator grantees are women, mixed gender groups and gender minorities.

Nearly half are from ethnic minorities, 15% identify as Disabled and over a quarter identify as LGBTQIA+.

Sound and Music Chief Executive Susanna Eastburn said the foundation is a “vital catalyst for the ecology of support and empowerment of diverse music creators, particularly for those who face barriers because of background, geography or lack of access”.

“I find the decision by PRS hard to understand since this nurturing of the grass roots seems so essential for music’s future.”

The UK’s investment in future music makers is “comparatively bleak” compared to societies in neighbouring countries, according to the Featured Artists Coalition (FAC).

Comparative societies in other countries usually deduct between 5% and 10% for social and cultural purposes, the FAC says. SACEM in France designated €42.3m to social and cultural deductions in 2020, representing 4.28% of its collections or 4.64% of funds distributed.

FAC says the comparisons make PRS for Music’s funding cut to become an “even stranger decision”, adding that if the collection society reaches its target of becoming a £1 billion collection society by 2026, its donation to the PRS Foundation “would represent a mere 0.1% of collections”.

It has since launched an online petition calling on PRS for Music to reconsider its decision, which has received more than 800 signatures.