The Chief Executive of the London Borough’s Council said the year-long programme would examine the relationship between power and people and celebrate migration. 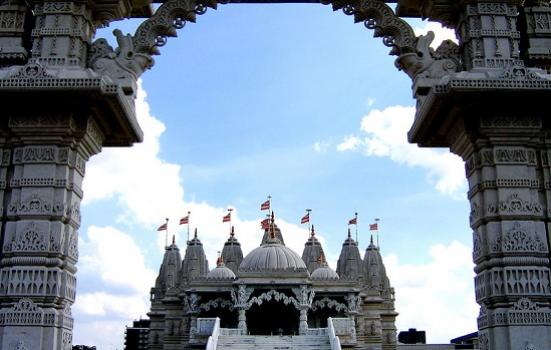 Brent has pledged to shine a light on everyday creativity during its year as London Borough of Culture for 2020.

The borough’s programme includes a £500,000 fund to support local people and organisations to produce their own cultural activities. The scheme is open to anyone working with artists, community groups or cultural organisations and will make up to 60 grants.

Brent 2020’s Artistic Director Lois Stonock said that 37 projects had already received funding through the scheme. “We’ve got everything from radio stations, to photography projects, to workshops, to exhibitions, performances, films, and music.”

The year will also include a new play by Brent-born writer Zadie Smith, a mass participation “answer to the Olympic opening ceremony” outside Wembley Stadium, and a mile-long street party on one of London’s oldest roads.

Brent Council’s Chief Executive Carolyn Downs said the year would be a “year-long inquiry examining Brent’s past, present and future”.

The programme will “explore the relationship between power and people”, she added. “It will support unheard voices and challenge definitions of culture. While it will support and empower, probe and investigate, it will also initiate. But I hope it will never institutionalise”.

“Much of Brent’s creative and cultural life is actually behind closed doors,” said Downs. “Just over people’s fences and walls, behind their gates, in their kitchens, in their gardens, on their laptops. In sports clubs, in gyms, allotments, cafes, libraries and community organisations. Brent 2020 will support all of that and uncover, reveal and explore the private and semi-private lives of families, friends and communities in the borough”.

Downs added: “We will celebrate migration, which has formed the bedrock of our communities and this borough for generations. At a time of great uncertainty and hostility [towards] people who come to this country, we cannot allow that in our borough.”

A group of more than 70 young people called the Blueprint Collective has been “overseeing and steering” the work of Brent 2020. Stonock said that “every decision, every artist, every idea” had been run past the collective.

The initiative has commissioned a manifesto for public spaces “designed by and for young people” to ensure 15 to 21 year olds’ needs are considered in the design of public spaces across London. The programme will also create a series of podcasts in collaboration with media company Vice about what is important to young people in the borough.

Other strands include a new anthem for London, a series of artist commissions across ten libraries and an oral history archive on Brent’s contribution to reggae music.

The programme’s principal partner is the Wembley Park development, which will include homes, shops and workplaces as well as the SSE Arena, Wembley. Brent 2020 will be delivered by a charity external to the council. This contrasts with the first London Borough of Culture programme in 2019, held in Waltham Forest, which sat within the local authority.

Waltham Forest’s programme encountered controversy this year after the council U-turned on an apparent funding commitment to High Tide Festival. The council initially said this was to do with the geographic distribution of funding, but later claimed the festival had failed to meet its funding conditions.

Do you have a story you want to share with ArtsProfessional? Email editors@artsprofessional.co.uk or call 01223 200 200 to speak to a journalist.