A festival left with a £30,000 deficit after Waltham Forest’s decision claims the authority is “seeking to justify a refusal to pay compensation”. 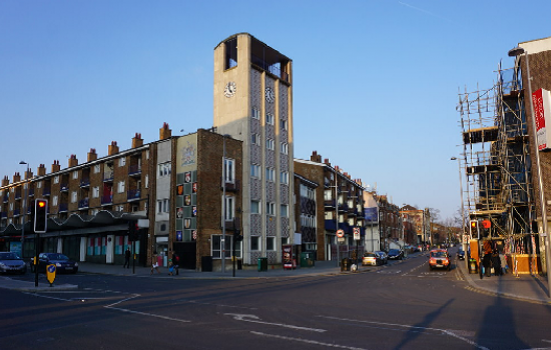 A festival offered £35,000 to contribute to the London Borough of Culture claims the council responsible is “seeking to justify a refusal to pay compensation” after its explanation for withdrawing the offer changed.

Waltham Forest Council’s position is that HighTide Festival did not meet the funding conditions, including fundraising enough outside income, “which justified us withdrawing the offer of funding”, emails and letters released under the Freedom of Information Act show.

This is a different explanation than the one initially given to HighTide. In April, London Borough of Culture Executive Director Lorna Lee wrote in a letter to its Chief Executive Steven Atkinson that: “in light of the dense programme already being developed for Walthamstow, we need to focus our funding into residents in other areas”.

In another letter on August 5, Lee told Atkinson that HighTide’s proposal did not meet criteria around co-creation and engagement and did not represent “value for money” compared the HighTide 2018 festival.

Despite these alleged shortcomings, Waltham Forest staff agreed to a programme of work for HighTide 2019 in March, about a month before the funding offer was withdrawn.

Though these concerns about co-creation and engagement were raised when the festival was commissioned at the end of January, Atkinson says HighTide believed it had addressed them and that they were not raised again until after long after the funding offer was retracted.

“When you rescinded the commission, the explanation given was solely geographical,” he wrote to Lee on August 20.

“You are seeking to justify a refusal to pay compensation to HighTide by challenging our management approach, the value for money of the event, and overall viability of the budget – none of which have previously been raised as concerns or reasons for cancelling the commission.”

Lee has refused to answer questions from ArtsProfessional about why her explanation for withdrawing the funding offer to HighTide changed, or why the council agreed to a programme of work when it allegedly had reservations about HighTide's ability to meet the funding conditions.

Waltham Forest requested a copy of the budget for HighTide 2019 a week before retracting funding.

According to Lee, this showed a need to fundraise £10,000, and a deficit of £38k, representing uncertainty over a third of the festival’s total budget.

“It was clear there was still significant risk and uncertainty to manage within the budget, with the likelihood that the programme would need to be reduced further,” her August 5 letter states.

Atkinson told ArtsProfessional that the budget deficit was caused by conservative estimates of the festival’s box office takings, saying: “Had we, for some reason, looked unlikely not to exceed our income targets, we would have reduced aspects of [our] expenditure, but not the programme.”

The council’s decision to withdraw the funding offer has left HighTide facing an unplanned £30,000 deficit and considering legal action to recoup nearly £17,000 it had already spent on marketing, actors, stage managers and other staff.

But Waltham Forest is not conceding any ground: “Our position is that there is no obligation to compensate your organisation. I am sorry that this is not the response you were hoping for,” the most recent correspondence from Lee to Atkinson on September 11 says.

That letter – sent to meet HighTide’s deadline after which it would involve solicitors – declines a request from Atkinson for a meeting with Chief Executive Martin Esom and the councillor responsible for the Borough of Culture, Paul Douglas.

“It is clear we are both quoting from the same emails, however, I do not agree with your perspective that those emails change the fact that the offer of funding was conditional, and that those conditions were not met by your organisation,” the letter says.

“Those conditions were clear that you were going to secure additional funding.”