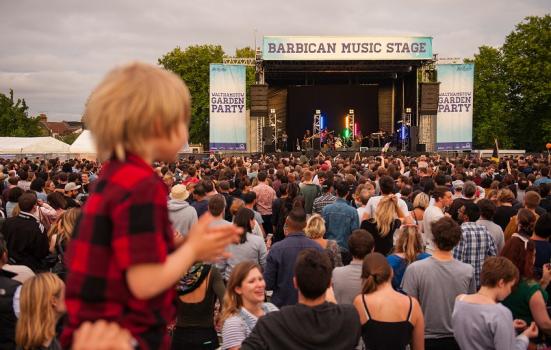 London Mayor Sadiq Khan has announced Waltham Forest and Brent will be crowned the capital’s first boroughs of culture.

Six other boroughs will receive funding through the Mayor’s ‘Cultural Impact Award’, permitting highly regarded schemes from other bids to go ahead.

The competition, inspired by the UK City of Culture and European Capital of Culture programmes, received bids from 22 boroughs.

“London Borough of Culture is a game-changer for the capital,” Khan said. “It will give all Londoners, regardless of background, the opportunity to enjoy the capital’s fantastic cultural riches, discover places they never knew existed and will increase the level of participation in the arts across the city – especially in outer London boroughs.”

Waltham Forest has announced a target of half a million visits and 85% of households participating in its year of events, and was praised for “strong leadership” in putting culture at the heart of its growth agenda.

Activity is reportedly planned in areas including Epping Forest and Leytonstone, with projects such as a digital installation on Walthamstow Marshes that will involve every school in the borough; and plans for a fashion exchange to highlight stories about the heritage of Pakistani makers in the textile trade.

Young  people in the borough will be encouraged to develop skills that will lead to creative careers. The council has announced a Cultural Leadership Programme that will offer 100 young participants “opportunities for fulfilling careers in cultural industries”, and a new Create Education Partnership will establish pathways from primary school to adulthood using work placements and apprenticeships, and provide support for start-up creative businesses.

Brent, the winner for 2020, will also focus on young people. The borough aims to establish a trust to ensure young people can visit cultural organisations such as the National Theatre and the Tate.

The year will also tie in with the football competition Euro 2020, in which Wembley Stadium – based in the heart of the borough – will present an opportunity for Brent to “reshape itself as a destination for creativity and culture”. Funded projects will include a summer-time street party for 200,000 people, and eight commissions to explore the borough’s musical legacy as the “home of reggae”.

Khan added: “I know that both will deliver a programme of work that will benefit residents and make the whole city proud. I am particularly happy to see both bids have placed such importance on young people.

“It’s vital that young people get access to culture, regardless of their background, so that they can aspire to be our performers, artists, entrepreneurs and cultural leaders of the future.”

Moira Sinclair, Chief Executive of the Paul Hamlyn Foundation, congratulated the winning boroughs and said the funder was “looking forward to supporting” the areas in the coming months and years.

Six other boroughs will share £850k to ensure “as many Londoners as possible” benefit from the investment in culture.

The  winners of the Cultural Impact Award are:

£300k of the overall funding for the competition has been granted by the City Bridge Trust, the City of London Corporation’s charitable funder.