Sir Nicholas Kenyon has resigned as Managing Director two weeks after current and former staff went public about their experiences. 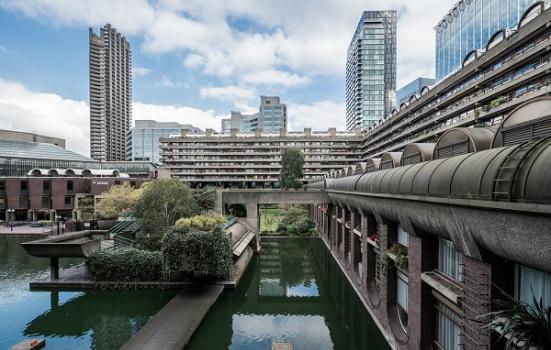 The Barbican has launched an independent review into its alleged culture of racism
Photo:

The organisation has launched an independent review after current and former staff published 'Barbican Stories', a 256-page account alleging 100 instances of racism and discrimination and failures in an anti-racism taskforce started last June.

Sir Nicholas Kenyon, the Barbican's Managing Director of 14 years on Wednesday announced he will step down in September, a move the centre says was delayed due to the pandemic and unrelated to the testimonies.

Kenyon said it was "time to hand over the next stage in the life of this great institution to others" such as new Director of Arts and Learning Will Gompertz, whose appointment has been criticised by the Barbican Stories authors.

They expressed little faith in the organisation's latest review, which aims to "fully recognise the pain and hurt caused by these experiences". It follows a series of externally-run 'Listen and Learn' sessions for staff of colour to share their experiences that Barbican directors did not attend on the advice of their client, Challenge Consultancy.

"We followed their advice and some processes were problematic," a statement released this week said.

"We're committed to pursuing the ongoing programme of action to advance anti-racism at the Barbican, and to achieve change."

But the book's authors say change must come from the top: "I think everyone agrees that racism schouldn't be at the Barbican and if that's the case, then some people need to leave," one person said.

"The people who are perpetuating racism and a racist culture can't still be going to work right now while that review is going on," another commented.

Taskforce: 'it's not enough'

The anti-racism taskforce convened last year raised concerns in March the Barbican has not "demonstrated the commitment that it is signed up to deliver".

In an update shared with staff, it questioned the purpose of continuing its work because it was not able to interview staff or work directly with the board.

"We feel strongly that issues of racism at the Barbican need to be dealt with urgently but as we said, this is taking too long.

"We’re being swept into process[es] that are taking us further away from the issues we’re trying to address - the racism that is experienced on a daily basis by you, our colleagues and others who work with us."

It further said it had raised with directors "the need for them to fully lead the anti-racism change and not use the existence of this group as a cover for any slow progress".

Alongside the taskforce, the Barbican hired Challenge Consultancy to evaluate racism within its walls.

Staff found the experience "frustrating at best and painful at worst," the book notes, as they were asked to "present receipts of racism".

The organisation says the new review will launch immediately, but declined to say who would lead it, what its scope will be, and how it will ensure it does not run into the same difficulties experienced by the taskforce.

Staffers told ArtsProfessional: "Every time they have the energy to do this work it feels like they're starting again."

Artists have begun to pull away from the Barbican over the book.

Designer Thandi Loewenson withdrew from a workshop in solidarity and Culture Art Society cancelled its regular collaboration last week, citing its "curatorial duty to reflect on both the context and space" it presents work in.

One of the staffers writing in Barbican Stories described it as "the whitest space I have ever been in".

The authors are perturbed by the centre's shock appointment of former BBC Arts Editor Gompertz as Director of Arts and Learning, a role they expected to be filled by a lesser known candidate.

"There was a whole lot of rhetoric during the hiring process and afterwards that the Barbican was going with a really particular head hunting company that had a track record of diverse candidates," one said.

The Barbican did not respond to a request for comment on this point, a tactic the authors say they are familiar with.

Another commented: "There's an active lack of care and an effort to protect the institution and protect the people who perpetrated that racism - and that's not out of naivety."

Anecdotes from the book include multiple instances of White workers being appointed to roles more experienced Black and ethnic minority workers were rejected for.

There are also several reports of workers being belittled by managers or mistaken for cleaners. One person said they cut their afro short to stop colleagues touching it.

The authors plan to publish a second, hardcover book about their experiences over the past year. The first was funded by White colleagues and friends.

"People within the institution need to realise that they can empower themselves to do the work," they said.