Two new programmes aim to move organisations beyond the statements of solidarity expressed last summer through distinct but complementary approaches. 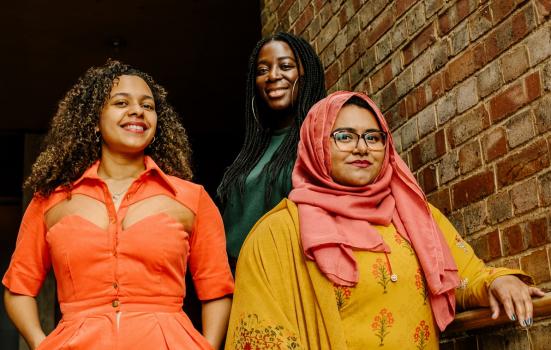 Inc Arts has developed Unlock, a toolkit for organisations to track their progress on 100 anti-racist actions, while Big Squeeze, a leadership programme by Sour Lemons, involves two-year partnerships to dismantle systemic racism within specific organisations.

While Unlock has a more explicit focus on confidentiality - organisations progress through the toolkit at their own pace - Big Squeeze builds "a culture of accountability" by establishing in-house accountability and anti-oppression working groups.

Both programmes aim to move beyond the statements of solidarity expressed during the Black Lives Matter movement last summer by implementing the recommendations of those with lived experience of racism in the sector.

"It's really important that it's not just out of my head; it's actually from all the people who have called for change," Amanda Parker, Director of Inc Arts, said.

"It's really useful to ask what we are benchmarking against. To know that you are doing something that is rooted not just in your organisation's practice but in people's experiences, I think is really hopeful."

"If it becomes impossible to not be aware of how racism manifests, it’s impossible not to do something about it."

Unlock is the first cross-sector commitment to anti-racism in the UK that can be charted over time through specific and measurable actions.

Organisations including National Theatre, Royal Shakespeare Company, Cambridge Junction and Lyric Hammersmith Theatre have signed up to the toolkit, which grew out of an autumn conference that explored experiences of racism in the dance and theatre industries.

"We collected all of the statements and we spent a good amount of time with people in workshops seeing what this could look like," Parker said.

The 100 anti-racism actions include suggestions on how to diversify leadership and recruitment. Some, Parker says, are "a bit of a stretch" for larger organisations, such as ensuring the pay gap between their highest and lowest paid doesn't exceed 250%.

But other changes, like fixed-term contracts for senior staff, are more attainable than they may seem.

"Introducing fixed term contracts doesn't mean someone has to walk out at the end; it just means they have to be voted back in," Parker said.

She says funders have shown enthusiasm for Unlock - The Gulbenkian Foundation provided seed funding - as a way to monitor their grantees' progress towards diversity.

Organisations recieve a private ranking based on the number and weight of changes they choose to implement. While Inc Arts plans to review signatories' progress "Ofsted-style", annual reports will focus on industry trends.

"Transparency is important - but confidentiality and collaboration is equally important," Parker said.

"I don't think it's our place to shame people. I think there's accountability because it's being measured."

If an organisation posted a black square to social media last summer, it should sign up to the free tool, she said.

"Every organisation should have agency and their own narrative."

Banks, of Sour Lemons, agrees that anti-racism work must be iterative and evolve alongside individual organisations: "One of the ways systemic racism is upheld is through a lack of imagination."

Big Squeeze will interrogate internal structures via a team of associates led by Co-CEO Shoomi Chowdhury. One working group of colleagues of mixed racial identities will hold their organisation accountable in making meaningful changes; a second anti-oppression group of white senior leaders will be responsible for the labour of change.

"Typically what happens in an organisation when they are thinking about addressing racism [is] that work is put on top of people experiencing racism. It's not fair, it's not just and it's not OK," Banks said.

Sour Lemons will initially work with just two organisations - Royal Court Theatre and Young Vic - that it believes have already shown a commitment to anti-racism, rather than those who "just started talking about inequalities last year".

These organisations are encouraged to take a new six-week leadership course with the creative sector changemakers instead: "For us to go in the groundwork has to be led by leaders," Chowdhury said.

"They have to be prepared for what's really a gruesome journey of being able to right all our wrongs."

Chowdhury says accountability is "at the heart" of the Big Squeeze approach. Partners will share their learning and progress every six months.

"I don't know many examples where accountability has been done well but we're getting to the point where we can experiment with that.

"We want to move away from statements online and going back to business as usual."