The funder eased up on organisations that repeatedly failed to meet diversity standards, documents show, as it moves towards a new mode of assessment. 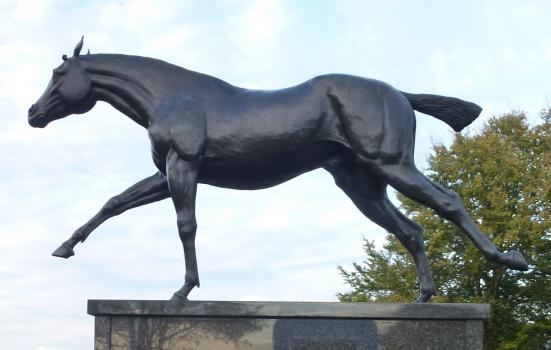 The National Horseracing Museum is one of two NPOs given a third chance by Arts Council England
Photo:

Organisations that repeatedly failed to meet diversity standards will get another chance to improve, Arts Council England (ACE) has decided.

The funder planned to ban two National Portfolio Organisations (NPOs) - the National Horseracing Museum and British Motor Museum - from its next portfolio after they scored consecutive 'not met' ratings in 2018/19 and 2019/20.

But documents obtained under the Freedom of Information Act show its Executive Board quickly backtracked last September, instead treating those NPOs as if they received a single 'not met' rating.

Decisions to discontinue Creative Case for Diversity ratings in 2020/21 and roll over the current portfolio to 2022/23 in light of Covid-19 "has resulted in there not being a shared understanding of the implications of NPOs receiving concurrent ‘not met’ ratings," minutes say.

There were also "concerns in relation to the merits of making the two impacted organisations ineligible for the 2022/23 [portfolio] at this point".

Amanda Parker, Director of Inc Arts, said this approach "casts a pall" over the funder's commitment to diversify the arts and cultural sector.

"ACE's decision risks undermining its own principles and the hard work that so many other organisations have already committed to."

The two museums and three other NPOs that scored 'not met' in the last ratings - Glyndebourne, William Morris Gallery and Portsmouth New Theatre Royal - must now improve or face expulsion from the portfolio by October.

Stephen Laing, Head of Collections at the British Motor Museum, said "fruitful" discussions with ACE have helped the organisation along a longer journey to diversify its "traditional-looking" programming and workforce.

"We're not just doing this because the Arts Council is asking us to do it, otherwise it becomes a bit of a tick box exercise and that would defeat the point."

The National Horseracing Museum did not respond to a request for comment.

ACE is "accelerating" a transition to assessing diversity through the inclusion and relevance principle of its current strategy, Let's Create.

Letters sent to 48 higher-funded Band 2 and 3 NPOs that didn't reach a 'strong' rating in 2019/20 say future grades will "no longer be directly dependent on Creative Case for Diversity ratings".

Instead, organisations must present broader plans in July aligning their work to the principle, of which the Creative Case is one 'pillar' alongside more diverse workforces and programming, ACE says.

Plans will be reviewed in October: "If organisations do not provide evidence of satisfactory progress then we will not make an offer of funding for 2022/23."

Parker, of Inc Arts, said ACE is undermining its own promises for progress on diversity.

"By ACE's own admission, the Creative Case for Diversity didn't go far enough in asking organisations to take explicit and measurable action to make their practices and programmes inclusive."

"So how then is it possible that an organisation can fail to meet the conditions that by ACE's own admission didn't go far enough, and yet continue to receive funding?"

Laing, of the British Motor Museum, said the inclusion and relevance principle is a 'better fit' for his organisation than the Creative Case for Diversity.

"If you look at how Let's Create is formed, particularly the inclusion and relevance side of it, [it] probably makes more sense to us. We can see that we fit a little bit better with that than the Creative Case."

"I think our profile is similar to other organisations like ours, so it's a matter of understanding where we would like to be."

Its work is two-pronged: changing the profile of its workforce by providing workplace opportunities to a more diverse cohort and extending its work to reach communities the museum has historically been less involved with.

It is building on its successes in education outreach and programming for people with disabilities and dementia and aims to do more with its local community in Gaydon, Warwickshire.

Laing said the British Motor Museum "totally understands" ACE's position on diversity and is committed to improving for its own sake.

"The things we want to do, they are the same principles."