A new cultural strategy demonstrates York's commitment to redress the effects of Covid-19 by embedding culture in the city's physical and professional infrastructure, its architects say. 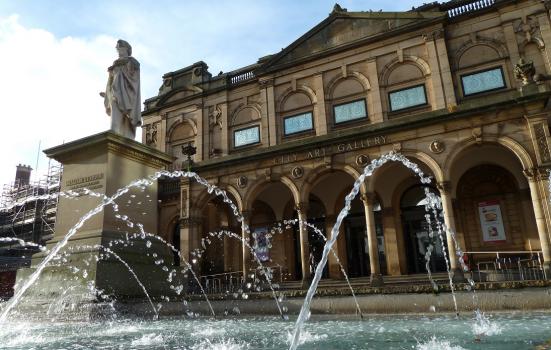 An "ambitious" new cultural strategy for York aims to make the city a UNESCO World Heritage site by 2025.

Launched on Thursday (December 3), the five-year plan champions York's status as the UK's first UNESCO Creative City of Media and looks to grow its national and international profile as a place of creative power and potential.

It has been developed by 30 local cultural, educational and civic organisations to be "outcomes focussed". Among their goals, cultural leaders want York to become one of the top five cities in England for council-funded cultural provision, the first city to achieve "cultural entitlement" for all children and young people, and an international leader in using arts and heritage in healthcare.

Greg Dyke, Chair of development agency Make It York said the new strategy demonstrates the city's commitment to "urgently focus on and advocate for the areas of culture most in need, as a result of Covid-19", while York Council Culture member Darryl Smalley said the strategy has come to fruition "in a world that is very different from the one in which it was initially planned".

"It’s now more important than ever to come together and work together to put York’s cultural offer at the forefront of recovery, supporting communities across York and building on the city’s reputation worldwide."

The strategy's six main priorities are:

Cultural organisations' aspirations to create new public spaces should be supported as York Central is redeveloped over the next 15 to 20 years, the strategy says.

But it makes clear that creative activity should not be confined to downtown: opportunities should be promoted to diverse communities beyond the city centre and York should "reinvent libraries as the heart of local communities".

Major capital works at The Guildhall, York Castle Museum, York Minster and the National Railway Museum will have culture at their heart, the strategy says, and City of York Council will coordinate with York Music Venues Network to support and develop music venues.

York's universities, colleges, and student population will be consulted for a "major 2022/23 participatory project". The city will also invest in a new marketing strategy, international touring, and upcoming editions of the York Mediale, which celebrates its UNESCO status.

It hopes to attract £3.5m to fulfil these plans by adding to its arts leadership capacity and gaining support from the media and regional authorities. The target benefit to its visitor economy is pitched at £1bn.

The strategy lays out a plan to secure and strengthen the talent pipeline to York's cultural and creative organisations.

There are at least 62 professional arts and heritage organisations in the city, plus more than 140 creative enterprises and the Creative Centre at St John's University that can serve up to 8000 students.

But that potential is not being exploited: it's estimated that 30% of the city's studio, workshop, and office space is empty and young people, faced with limited creative work, often leave York after school.

"Attracting and developing new talent, reaching non-arts attenders, as well as developing new cultural consumers are all critical to the future growth and prosperity of York," the strategy says.

This starts with education. Embedding cultural offers within York's schools, colleges and universities will enable young people to pursue their creativity from an early age.

"This is key, so that young people can understand what a career in the cultural sector or creative industries could be like, and to ensure they receive the support to make this an achievable aspiration, regardless of background."