Where are all the women? Gender parity ‘has still not been reached’

Researchers and representatives of women in theatre say Arts Council England ‘doesn’t push’ on gender as much as other protected characteristics. 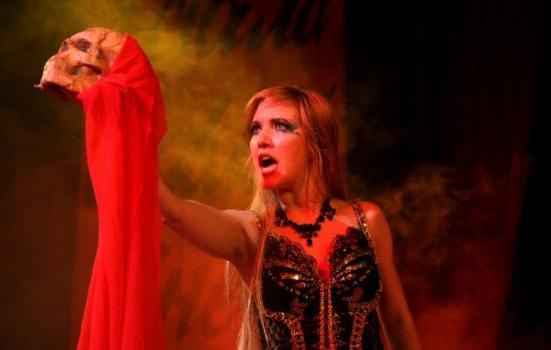 More than half of women entering the arts sector experience sexist comments, double standards and negative perceptions of women’s contributions in the workplace, new research suggests.

The yet-to-be-released study from Cambridge University and mentoring scheme University Women in the Arts (UWiA) also found one in three creative arts students and graduates experienced sexism or gender bias from potential employers at interviews. More than 60% said gender issues were not discussed on their university courses.

Select findings from the survey of 200 women were presented by UWiA Director Jennifer Tuckett at a Women in Theatre Forum on Tuesday. This included testimony from participants such as: “I remember he would talk over us … and take some of our ideas and we would complain about it together. They’re allowed to because they’re men, because they can, because no one pulls them up on it,” one graduate in her first theatre job said.

Another participant described the difficulties of working on placement at a theatre run by “a chauvinistic pig” – “if it was a woman they would have got rid of or scrutinised [her]” – while a third said “women can be our own worst enemy; we’re so used to a platform full of men we have allowed one or two women to share that we easily turn on each other”.

Women ‘not a focus’

Attendees at the forum accused Arts Council England (ACE) of not prioritising women in its new strategy. The document, which has been criticised for its lack of focus on artists, makes no mention of specific strategies to support women or women-led art.

Tuckett told ArtsProfessional the funder could play a bigger role in promoting gender equity: “A higher profile in the Creative Case [for Diversity] is needed.”

She also shared the results of a separate study by UWiA and Sphinx Theatre, in which 10 female artistic theatre directors said that work by women sells and that dedicated project funding for commissioning female writers would be “extremely helpful”.

Several expressed frustrations with a perceived “lack of focus” on gender compared to other protected characteristics. “I don’t think the Arts Council push on gender as much as diversity in terms of BAME (Black, Asian and Minority Ethnic) … they talk more about diversity in terms of ethnicity and disability,” one interviewee said.

An ACE spokesperson said sex is an important component of the Creative Case for Diversity. “It matters hugely that the audiences, participants, creatives, programmes and workforce – including leadership and governance – of the cultural sector are fully representative of the population, and this includes women.

“We know there is more work to do to tackle the discrimination that women face.”

The UWiA/Sphinx research found that while 31% of artistic directors at theatres in ACE’s National Portfolio Organisations (NPO) were women in 2017/18, they controlled just 21% of theatre NPOs’ funding.

“Our findings reveal that, despite progress in some areas and increased discussion provoked by the #MeToo movement, gender parity has still not been reached in UK theatre,” the research report says.

Arts Council England’s recent diversity report shows the proportion of female artistic directors at theatre NPOs had grown to 45% in 2018/19. Nearly half of their chairs were female (49%) as well as 54% of chief executives.

Tuckett said three “concrete changes” are needed: mentoring for women, a funded scheme to specifically address gender inequality and training for gatekeepers and interviewers around gender bias: “We still have a big problem in who we’re trusting with the top jobs.”

These recommendations will be presented to ACE Director of Strategy Michelle Dickson, who has agreed to write a response. ACE Chair Nicholas Serota has also agreed to meet with UWiA to discuss their concerns.