The collective seeks to influence decision makers and put race at the forefront of the sector’s recovery, but the Arts Council of Wales says it won’t fund a group ‘set up to lobby us’. 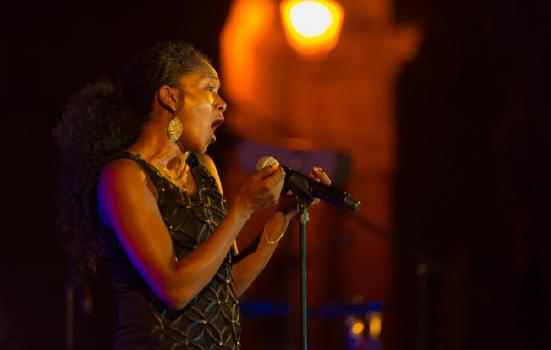 "At every level, there is a lack of representation," the taskforce says

Welsh artists and funders have joined forces to bolster Black, Asian and Minority Ethnic (BAME) input in culture as the economy recovers from the coronavirus.

The Welsh Culture and Race Taskforce has so far raised £20,450 to pay 12 freelancers who will help shape a fairer and more equitable sector. “This amount continues to grow daily, and it is evident there is a real longing for change,” the taskforce says.

The launch of the grassroots initiative has coincided with a pledge from the Freelands Foundation, an arts and education grants body, to commit 15% of future funding to BAME involvement in the visual arts.

But commitment to change is less apparent at Arts Council of Wales (ACW), which said it will not provide funding to the taskforce: “we believe that the taskforce’s aims are best served by the organisation being sector-supported and independent of any funding from the Arts Council,” a spokesperson said.

The taskforce’s yet-to-be-selected consultants will have at least £8,450 to deliver a programme based on six tenets: accountability, research, ambassadors, secondments and the creation of a diversity council and “diverse board bank” that can influence organisations’ decision making.

Materials released by the taskforce say that its members wants to co-ordinate their responses to privileged groups to improve their understanding of what BAME people need, what they offer, “and what is fair and unfair to ask of people of colour both during this time and in the future”.

“With an inevitable recession beckoning, race has to be at the forefront of any recovery conversation.

However, an ACW spokesperson said the taskforce should not expect its financial support.

A spokesperson for the taskforce said that donors and partners have pledged “with no expectations”.

“We really want this to be pan-Wales, [although] we imagine it will be initially Cardiff-centric.”

Decision making throughout the process will be largely consensus based with a transparent applications process in which those who apply vote on which other applicants they want to work with.

The Black Lives Matter movement shows the world is now responding to racial inequalities and injustice, but the focus is on America: “We see this in Wales – in a less explicit way – through the inequalities that still exist,” the taskforce says.

“COVID-19 is affecting BAME communities. Institutional, structural, and covert forms of biases and racism are at the foundations of our culture.

“The majority of funding and opportunities are still going to white-led organisations, and the funding is coming from white-led organisations. At every level, there is a lack of representation and all too often the people of colour in the arts don’t have the agency or the decision-making power to affect the change they clearly see a fundamental need for.

“We are here … to ensure the current and future generations in Wales, regardless of their background, have equal opportunities to participate in and benefit from our vibrant sector.”

The Freelands Foundation has pledged to allocate at least 15% of all future grants to organisations or initiatives with specific targets to promote black and ethnic minorities in the visual arts.

The foundation’s commitment comes with an additional £3m to distribute to organisations working to promote inclusion and a greater understanding of race and inequality through art education. It hopes to help more BAME students to study art at schools and universities across the UK.

It will also commission a new public research project led by those with lived experiences of racial inequality that examines black and ethnic minority representation in the arts.

To boost the diversity of its own organisation, the foundation will allocate at least two seats on its advisory committee to experts who are black and ethnic minority by the end of 2020, provide diversity training to its staff, and develop a strategy to attract and recruit BAME candidates.

In a statement, the foundation said: “We need to be honest about where we are and acknowledge that we need to do better; we need to admit that we don’t have all the answers today and to work in collaboration with those with lived experience of racial inequality; and we need to take concrete actions and to be accountable to deliver meaningful change.”