The Government has responded to a critical inquiry on streaming with a 12-month schedule of research and working groups to challenge industry practices. 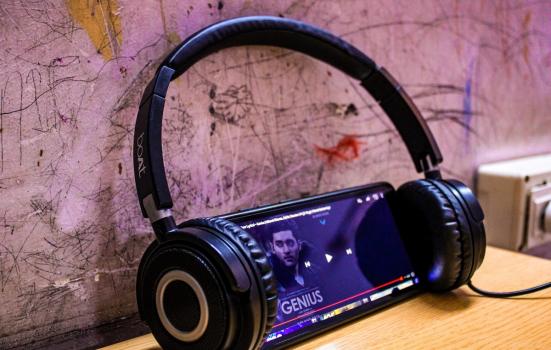 Major music labels face an investigation over their dominance of the streaming marketplace.

The Government has asked the Competition and Markets Authority (CMA) to consider whether Sony, Warner and Universal Music are stifling innovation.

The referral comes in response to a wide-ranging inquiry into music streaming during which DCMS Minister Caroline Dinenage expressed support for the investigation.

But the Government has been less decisive about fair payment for songwriters and musicians. Whilst the DCMS Committee called for a legislation to protect creators' rights, the Government says more research is needed before it takes any action.

"Some featured artists may receive better revenue under the current arrangement than they might under an equitable remuneration right," its response published on Wednesday (September 22) says.

"This suggests that changes could have significant impacts which are difficult to predict and must be investigated and better understood."

It is calling on music industry representatives to carry out this work over the next 12 months, alongside a research programme and working groups to create minimum standards and codes of practice for the industry.

It has also committed to publish Intellectual Property Office research on creators' earnings within the coming days that is expected to corroborate the inquiry's findings.

"There really wasn't sufficient evidence to make a call on some of the big asks around equitable remuneration.

"Now is the moment where we need to step back and do some really hard analysis."

"Our inquiry into music streaming exposed fundamental problems within the structure of the music industry itself."

The research being published soon suggests artists need to achieve one million streams per month to make a living - and that's alongside other sources of income.

An Ivors Academy members poll showed 82% of respondents, with thousands and millions of streams, earned less than £200 across all platforms in 2019.

However, the Government declined to enforce transparency around licensing deals: "This is an issue that the industry can, and should, seek to fix itself."

Its response said it "takes the concerns of music creators seriously" and will assess the potential of different remuneration models, such as the AIM's Artist Growth Model.

Pacifico said it is hard for the Government to understand "what levers to pull" without the industry's help.

"That sort of intervention [over licensing] would be a last resort."

The Government agrees rightsholders should be properly paid when their work is shared through YouTube, but says "these negotiations are a private commercial
matter between the parties, so the Government has no direct role in them".

It is taking a wait-and-see approach to Article 17 of the EU Copyright Directive, which provides greater safeguards to musicians' intellectual property rights.

"The Government recognises that intellectual property rights only have value if they are enforceable," its response says.

It has handed the matter off to the CMA, which in turn says it cannot decide whether YouTube has a strategic advantage until the Government completes its own consultation on the issue.

YouTube's effect on the music streaming value gap "may potentially be better addressed by revising the copyright obligations" that apply to its videos, the authority said.