After a nine-month-long inquiry, MPs have recommended "a complete reset" of music streaming to better compensate creators. What could a new model look like? 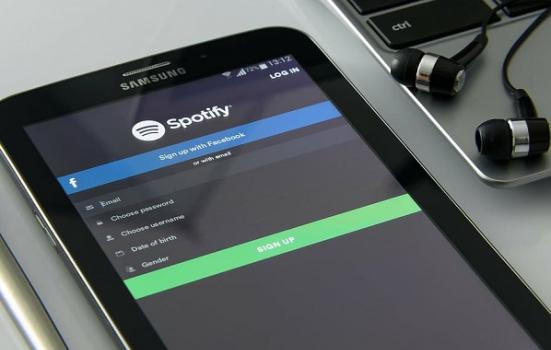 The Government should introduce "robust and legally enforceable" measures to enshrine music artists' rights to a fairer share of streaming revenues.

Following a nine-month-long inquiry, MPs recommended on Thursday (July 15) "a broad yet comprehensive range of legislative reforms and regulatory interventions" to rebalance the market and protect creators from exploitation.

Full investigation by the Competition and Markets Authority (CMA) into the dominance of major labels like Warner, Sony and Universal is proposed, an approach DCMS Minister Caroline Dinenage voiced support for back in March.

The DCMS Committee has also recommended rights to contract readjustment if artists' works earn more than they're being paid for, and to recapture works after 20 years.

Chair Julian Knight said streaming has generated choice for consumers as well as significant profits, but that talented creators are losing out.

"Only a complete reset of streaming that enshrines in law their rights to a fair share of the earnings will do."

The Incorporated Society of Musicians (ISM) said the report's recommendations now need to be put into action.

"A sustainable music industry must have fair remuneration and our members will be delighted to know that the policy is gaining support in Westminster, which our submission to the report called for."

While the call for equitable remuneration will indeed be welcomed by many, the Association of Independent Music (AIM) says it may not be a panacea.

It has instead mooted an Artist Growth Model that takes a cut from creators who earn the most from streaming and redistributes it to middle tier earners.

CEO Paul Pacifico, speaking to ArtsProfessional and at a meeting of industry representatives last week, said this would support an underclass of artists who are working on their music full time but not earning enough to make a living and sustain their careers.

His view is not universally held. Musicians' Union General Secretary Horace Trubridge described the model as "rearranging deck chairs", rather than giving a greater share of platforms' profits to rightsholders, and Featured Artists' Coalition CEO David Martin questioned whether a flat digital royalty rate is fair and realistic.

Pacifico responded: "The problem we’re trying to look at is the massive concentration of wealth in the head of the snake, and how we’re trying to push that to the middle market to support more emerging and niche artists."

He welcomed the committee's report, saying MPs had "impressively zeroed in on some of the key issues" in recorded music in an effort to improve outcomes for musicians.

"However, our view is that equitable remuneration will not deliver the outcome they are hoping for.

"It is a 20th century solution not fit for the 21st century digital market and will leave the next generation of artists worse off."

Most performers, songwriters and composers are getting "pitiful returns" from streaming, preventing them from starting a career. Session musicians are being "frozen out altogether," the committee's report says.

Performers told the inquiry they feared speaking out in case it harmed their agreements with major labels.

A predecessor committee expressed concerns about artists' pay from streams in 2019 but did not make streaming specific recommendations.

Part of the issue, the current committee says, is the 'making available' right that considers streaming remuneration analagous to a sale. Using legislative precendents around pay from rentals and equitable remunerati would make fair payment for music rightsholders "relatively simple to enact".

Safe harbour - a regulatory exemption from liability for copyright infringement in most cases - has given these services a competitive advantage and distorted the streaming market.

The report said the Intellectual Property Office, which has so far defended current legislation as "fit for purpose", should explain what it is doing to identify emerging threats to rightsholders.

"The Intellectual Property Office must not be a passive witness but an active player, particularly in areas... where rightsholders believe that their rights are being systematically infringed."

AIM explains the Artist Growth Model as acting somewhat like Robin Hood: "Tax the rich to help the less rich, and leave everyone else unchanged."

AIM has commissioned studies into possible streaming revenue redistribution that concluded a user-centric model, proposed by some as a way to redirect more money to creators, is likely to harm diversity because musicians will prioritise platforms that generate the most streams.

Instead, it is advocating redistribution to allow a broader spectrum of artists to generate a sustainable career from streaming.

"There's a certainty of outcome that user-centric promises... but I haven't seen any evidence that it does that.

"There are older artists or artists on deals that were signed in the 70s, 80s, 90s that don't reflect contemporary norms. My worry is that in doing that, getting a good deal for those artists, we'll harm the others.

"Any change you make is going to reshuffle the deck in some way - if we really want to support the next generation, here is a way to do that."

The DCMS Committee inquiry said user-centric models could be investigated as an alternative to the current pro-rata approach.

However, MPs echoed AIM's concern that current contractual arrangements between artists and streaming platforms could "stifle further innovation", and recommended the CMA investigate.