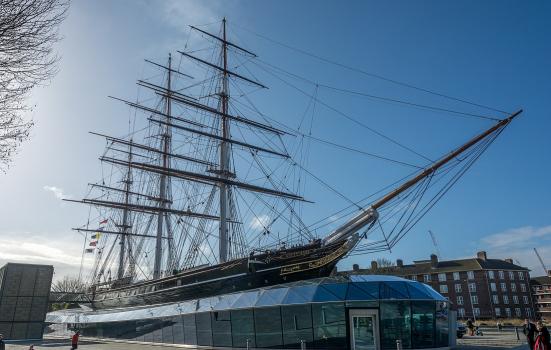 Greenwich Museums' Cutty Sark site was one of the earlier museum reopenings after lockdown
Photo:

Major museums are welcoming just a fraction of their usual visitor numbers as they reopen to the public, raising questions about their longer-term sustainability.

Experimental government statistics estimate they had just 8.8% of their usual visitor numbers for the week of July 27. Just four of 15 DCMS-sponsored institutions were open and supplied data for that week - the National Gallery, National Museums Liverpool, the Wallace Collection and Royal Museums Greenwich.

Visitor numbers will climb as more museums reopen, but the DCMS figures hint at a disheartening trend: the proportion of normal visitor numbers for this time of year appears to be at a standstill.

While these museums and galleries had 8.6% of their usual visitors for the week of July 13, that dropped to 7.5% the following week. By the start of August when National Museums Liverpool sites had reopened, that figure crept up to just 8.8%.

And reopening is costing museums more than staying closed. The V&A, Science Museum and Natural History Museum all expect to lose money when they reopen this month. National Museum Wales says it lost about £400,000 per month being closed to the public and even after its August 4 reopening "will not be able to recover these losses fully on site due to the current guidelines of social distancing".

Many are relying on the Government's £1.57bn support package for culture. Applications for grants of up to £3m opened this week.

Science Museum Director and Chair of the National Museums Directors Council (NMDC) Sir Ian Blatchford has said he does not expect normality to return until spring 2022.

NMDC's nine-point checklist for reopening includes having a business case for reopening and buildings and processes that can be adapted to support this, as well as a "local context [that] permits reopening".

Some museums are only opening incrementally or reducing opening hours because they don't expect enough visitors to make it worthwhile.

DCMS' analysis notes that the proportion of visits by overseas visitors to the four sites it considered averaged 49.3% in 2018/19.

But visitor patterns "naturally fluctuate" and are influenced by more than travel alone, DCMS said, pointing to other factors like "the weather, day of the week, public holidays and public transport [and] parking availability".

New research from heritage insurer Ecclesiastical suggests young people are now less likely to visit a gallery or museum than before the lockdown.

Its survey of 2000 people aged 18 to 30 found 27% were less likely to visit in person, with 60% of that group attributing their reluctance to a perceived risk of catching coronavirus.

However, a minority of young adults (44%) said they would be willing to pay to access heritage attractions online if they were no longer free.

"Yet  our research shows that prioritising spend or gaining funding for digital initiatives may support engagement with a younger audience and provide new revenue streams."