Museums and galleries ‘will need support until spring’

Last year was a positive one for the UK’s attractions. But with tourism scuppered and a fast fall in visitor numbers, the British public’s patronage is crucial. 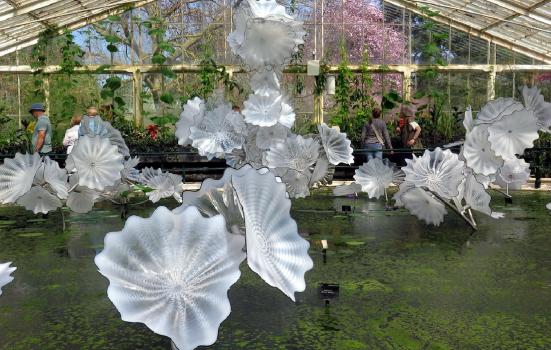 A sculpture by Dale Chihuly at Kew Gardens in 2018.
Photo:

UK museums, galleries and visitor attractions hit hardest by the lockdown will need financial support until spring 2021, according to a leading cultural tourism expert.

Bernard Donoghue, the Mayor of London’s Ambassador for Cultural Tourism and Director of the Association of Leading Visitor Attractions (ALVA), called on the British public to return to their favourite attractions – or visit a new one – as these sites reopen.

2019 visitor figures released by ALVA this week show the popularity of these attractions pre-lockdown: 5.87m more people visited the top 266 sites last year than in 2018, an increase of 4.4%.

But the overnight erasure of inbound tourism and the loss of three months’ patronage will be keenly felt in the coming months, especially among charging attractions.

“We've been lobbying and liaising with the Government on a daily basis since the start of the pandemic in the UK and, with colleagues, have won some unprecedented financial measures to support the cultural, arts, museums, heritage and wider attractions sector,” Donoghue said.

“Despite the significant and welcome packages of measures to support the sector from HM Treasury and DCMS to date, some attractions will still require help and support through to spring next year”.

Donoghue said many ALVA members rely on international visitors – “a market which is not likely to recover to 2019 levels for a number of years”.

Other sites are “heavily dependent” on the domestic seasonal market, which has contracted significantly since Easter.

Separate data collected by DCMS on its national museums shows patronage falling off a cliff edge in March. In the last two weeks of the month alone, about 2.7m fewer people visited key UK sites.

“Tourism was hit first, hit hardest and will take the longest to recover,” Donoghue said.

“More than ever the public will be the saviours of the UK tourism industry and all of our members warmly welcome them to visit and show why our museums and galleries … aren't just important to the economy but also to our physical and mental well-being too.”

As outdoor arts resume, the nation’s gardens may offer a road to recovery.

Gardens performed well in ALVA’s rankings for 2019. Kew Gardens had a remarkable 23% increase in visitors, due in part to a six-month exhibition by glass artist Dale Chihuly and the opening of a new children’s garden.

The figures suggest that new attractions in gardens, such as art installations or programmes, may be a drawcard over the summer months.

Once again, London institutions topped the list of the most visited attractions.

The British Museum was first place with 6.2m visitors, up 7% from 2018, with Tate Modern and The National Gallery in second and third place respectively.

Space was a theme among 2019’s success stories, ALVA noted. The Natural History Museum, fourth in the rankings, had its best ever year with Museum of the Moon, a free art installation that attracted 2.2m people. The Science Museum, which hosted a ‘Summer of Space’ programme and welcomed a Soyuz spacecraft back from its UK tour, recorded a 4% increase.

Scottish attractions had the biggest increase in patronage of 10.4%. Glasgow’s Kelvingrove Art Gallery and Museum attracted 1.8m visitors, a 73% increase on 2018. ALVA attributed this growth to the popularity of an exhibition of Leonardo da Vinci’s drawings and Dippy the Dinosaur, a Diplodocus skeleton that was the museum’s most successful temporary exhibit in 13 years.

The three ALVA member sites classified under ‘leisure and venues’ experienced a fall in visitor numbers. Of these, The Royal Shakespeare Theatre and Swan Theatre was the worst affected with a 6.8% decline. Royal Albert Hall reported a 1.7% drop and The Southbank Centre, despite being the fifth most-visited UK attraction, welcomed 2% fewer visitors than in 2018.