Arts organisations can apply for up to £3m - but those that need more must pay it back. 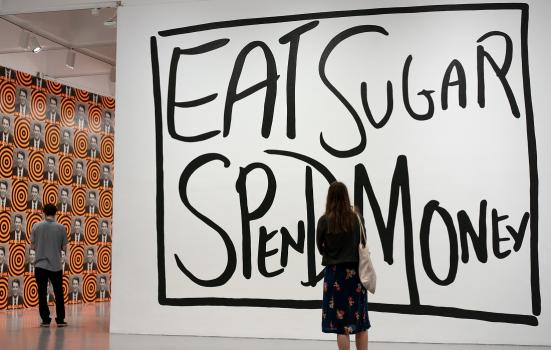 Arts organisations have been given £500m - one third of the Government's £1.57bn culture rescue package.

DCMS announced the first tranches of the long-awaited funding on Tuesday, entrusting Arts Council England (ACE) to distribute the £500m Arts Recovery Fund. Organisations will be able to apply for grants ranging from £500,000 to £3m from August 10.

But those that need more will have to pay the money back. A separate £270m scheme will give out 20-year loans, with organisations seeking more than £3m eligible for loans only.

Any cultural organisation can benefit from the fund, with £2.25m already earmarked for grassroots music venues. While comedy is eligible for arts funding - a first for the art form - libraries, which normally fall under ACE's remit are not.

Successful applicants must demonstrate their international, national or local significance and have "an innovative plan for how they will operate and be sustainable for the remainder of this financial year".

Culture Secretary Oliver Dowden said the funding would help organisations "pull through" the coronavirus crisis but challenged them to "be creative in diversifying their income streams".

This will be difficult, if not impossible, for many as social distancing requirements limit ticket sales. The £500m is meant to esnure arts venues can reopen by April, or later if they can't survive under social distancing.

Film and TV productions have received the same level of funding as the arts via a new Government insurance scheme. While arts organisations can apply for grants of up to £3m, film productions affected by the coronavirus can receive up to £5m from the Film and TV Production Restart Scheme.

The Culture Recovery Fund has been allocated as follows:

£258m has been reserved "to meet the developing needs of organisations" later in the financial year.

As the Government's money is directed to organisations, ACE has doubled down on supporting individuals

The funder has added £18m of unspent emergency funds to its Project Grants funding pot, bringing the total available funds to £75m. In a new blog, Chief Executive Darren Henly cited the programme's "flexibility as a resource for both individuals and organisations" and its ability to support innovation beyond the survival stage.

ACE has also signalled plans to reopen Developing Your Creative Practice in the autumn with a supersized budget of around £18m (up from £3.6m).

Henley said applications that maximise employment opportunities for freelancers - "particularly for those from under-represented groups" - will be prioritised.

But he warned that, "as we head into the second half of this extraordinarily testing year ... our funds will not be able to support everyone who wants to create".

"The recovery package from the Government represents an invaluable lifeline for our sector, and it will rescue a significant number of institutions that would otherwise not survive the crisis," he said.

"But given the scale of collapse of earned income, it’s important for us all to recognise at the outset that this rescue will not be achieved without significant cost cutting.

"The cultural ecology that emerges from this crisis will, sadly but unavoidably, be smaller than the one we started with."