The music industry is furious after steep new tarrifs on streaming live events were introduced with little to no consultation. 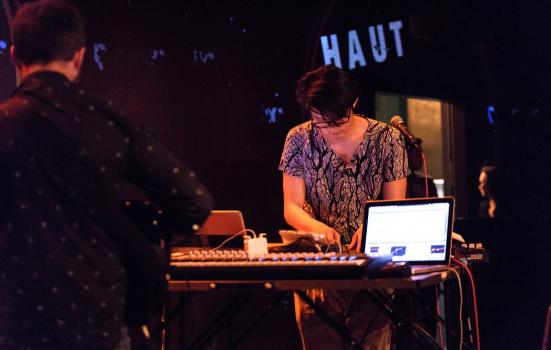 Live online music events earning less than £500 will be subject to a new tariff, while more profitable ventures must negotiate a "bespoke" arrangement to the fury of the music industry.

PRS for Music, which collects and distributes royalties on behalf of songwriters, composers and music publishers, has implemented a much feared tariff that rises in line with profits: licences for events earning less than £250 will cost £22.50, while an online event turning over between £251 and £500 revenue costs £45 to licence.

Events earning more than £500 have not yet been given a flat rate. Instead, PRS says promoters should contact its staff, "who can offer bespoke advice on licensing options".

The tariffs, which seek to monetise the rise of online live events during the pandemic, are within a proposed 8% to 17% rate that had the music industry up in arms. Concerts, DJ sets, theatre and variety events will all be affected.

While regonising that songwriters must be paid for their work, critics say the licences won't achieve what they are intended to - a better deal for artists.

"A fixed rate tariff is not a mechanism by which that will be achieved, and the methodology and rate proposed by PRS for Music will not result in grassroots songwriters being paid for their work," Music Venue Trust Chief Executive Mark Davyd said.

It appears to already be affecting the industry. Sound engineer Jim DeBarker said on Thursday he was considering pulling all shows he had planned to broadcast for Independent Venues Week.

"We can't afford to be paying that price for these shows out of the blue, especially as all proceeds were going to charity anyway."

PRS says it will offer temporary discounted rates for events earning over £500 until venues can reopen in recognition that streamed shows are "in part substitutional for physical gigs and concerts" during the Covid-19 pandemic.

However, it could not explain how these rates would be decided or applied in the absence of a standard rate for larger events.

Davyd said: "We remain available to discuss the realities of streaming during this crisis with PRS for Music if they wish to have an informed discussion on it."

"Unilaterally announcing ill-conceived new tariffs in a crisis is not such a discussion."

Key stakeholders Music Venue Trust (MVT), the Featured Artists Coalition (FAC), and Music Managers Forum (MMF) say they were not consulted despite having urged PRS to engage with them. ArtsProfessional understands the Concert Promoters Association was consulted.

"All of us want songwriters and composers to be paid fairly and efficiently for the use of their work, but this is not the way to go about it."

They say the licence penalises artists promoting their own online shows, who would be obliged to pay at least 9% of revenue - more than double the fee for live events pre-pandemic - to perform original content.

"They [PRS] need to urgently listen to the growing concerns of artists and their representatives during the pandemic, implement a waiver for performer-writers to opt-out of such fees, and commit to a full and transparent industry-wide consultation before issuing invoices to cash-strapped artists," Martin and Coldrick said.

A PRS for Music spokesperson said the society is now "in active discussions with key concert producers, our sister societies overseas and other directly impacted parties" about further licensing, but did not answer questions about who was consulted over the new permits.

PRS has backed away from plans to retroactively apply the fee to performances streamed during the national lockdowns, saying it would not represent value for money for its members.

Music industry professionals believe its reluctance to announce a tariff for higher earning shows is due to the backlash over its initial proposals.

But PRS says further licensing, including a potential global blanket licence to gather royalties on UK based events that are streamed internationally, is still in the pipeline.

"Online live concerts are a form of video exploitation and require a licence for the same rights as any other type of online music usage."

"The huge surge in the online live concert market beyond anyone’s expectations is positive news all round. It is great that so many artists are performing online concerts to stay connected with fans, to earn a living, and to promote new releases."

Songwriter Roxanne de Bastion took a different view: "It makes absolutely no sense for me as an artist to pay a licence to PRS only to get it back, which can sometimes take years, once PRS have deducted their admin fees," she said.

Truelove said the new licences will "create even more opportunities for artists, musicians and writers to thrive together while ensuring that songwriters and composers are being properly paid when their music is performed".

But being paid properly doesn't necessarily mean being paid more, according to the society's new licensing portal.

Despite the swell in online events during the pandemic, "we can't guarantee any significant increase" to royalties, it says.

Songwriters, composers and publishers must meet a payment threshold of £30 to recieve any money, which then takes a minimum of six months to hit their bank account.

"The amount of royalties we’ll pay out for live streaming that takes place over this period will depend on the data supplied to us, so it’s too early to tell what the impact will be," PRS for Music says.

"A hit of >9% on gross revenue will make a lot of these events unviable, inflicting a further blow on artists and managers in response to their genuine attempts to innovate and create opportunities in the face of the unprecedented shut-down of the live music industry.

"For myself and my artists, it raises serious concerns around our planned live-stream events with the prospect of a fresh gaping hole in pre-existing budgets."