The Scottish Government has become the first in the UK to commit to free instrument tuition. A similar policy in England “seems a long way off”. 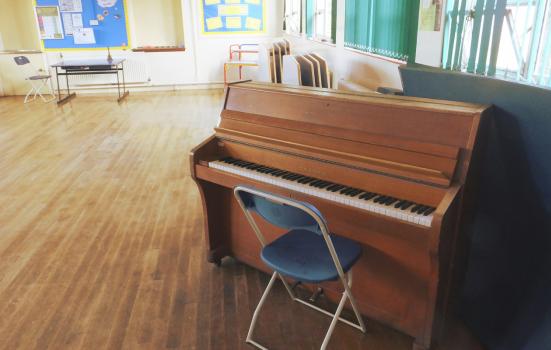 The Scottish Government intends to remove charges for musical instrument tuition in schools.

Plans were revealed as part of Scotland’s education reforms in June after each of the main parties made a manifesto commitment to abolish fees prior to the May election.

Calls were led by the SNP, with then-Education Secretary John Swinny pledging £18m annually to “promote equality of opportunity across all local authority schools”.

The proposal addresses growing concerns that tuition in constituencies where councils charge fees was only accessible to wealthier families.

“Music not only helps young people in many aspects of their lives, but it is also an investment for the future.”

Twenty-five of Scotland’s 32 councils currently charge for instrumental music tuition in schools and have the autonomy to set fees.

Councils that do not charge include cities Dundee, Edinburgh and Glasgow and most recently Renfrewshire, after the council withdrew fees in 2017. Located west of Glasgow, the area has experienced a 27% increase in pupil numbers since the decision.

In the 2019/20 academic year, instrumental lessons cost an average of £236.46 annually in fee-charging areas, according to the local government agency Improvement Service.

Clackmannanshire, located north-east of Glasgow, has the highest rate in Scotland with the council charging £524 annually since 2018.

A spokesperson for Clackmannanshire Council said it is “working on plans for future provision” following the announcement but was unable to provide further details.

Fife Council generated the second largest revenue from tuition in 2018/19, totalling £487,848. A council representative said it welcomes the policy change and awaits more detail on its implementation.

Aberdeenshire Council suspended tuition fees in March 2020 in response to Covid-19. It received £432,000 from tuition fees the year prior.

It said abolishing fees should have “no or minimal impact on our other services”.

A representative from High Life Highland (HLH), providers of instrumental tuition on behalf of The Highland Council, also said the proposal will have no bearing on other local authority services.

In June, The Welsh Government pledged to establish a National Music Service to address “inequality of opportunity” which leaves music tuition up to the discretion of individual schools in some counties.

In England, the Department of Education provides funding to Music Education Hubs consisting of a coalition of local authorities, schools and other organisations.

Music Mark Chief Executive Bridget Whyte said provision of music services in schools in England often depends on whether a school is part of a hub and how the hub splits its funding internally.

Whyte adds that in Northern Ireland there is “an aim for uniformity of provision, but it’s not there yet”.

Eifler of Making Music believes that whilst there is “ambition” in Wales to follow Scotland’s lead, a similar decision in England “seems a long way off”.

She argued that free tuition could bring “tangible effects and returns” on investment and should be seen as that, rather than a funding quandary.

“In our member groups there are thousands of older participants who did benefit from free instrumental tuition in schools before the 1990s and are heartbroken that their children of grandchildren cannot enjoy the benefits they had.”