The cover for cancelled work is part of £65m in support for the arts announced in recent weeks. What's available in the rest of the UK? 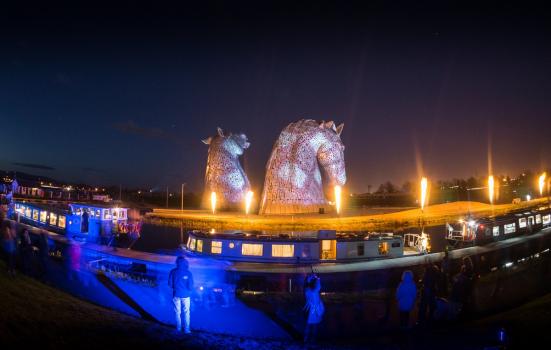 The fund is expected to be oversubscribed as Scotland reimposes restrictions
Photo:

An £8m fund for creative freelancers "reflects the severity of the challenges being faced by Scotland’s culture sector".

Creative Scotland Chief Executive Iain Munro said the Cancellation Fund for Creative Freelancers is live. The scheme opens for applications at 2pm tomorrow (January 6) on a first-come-first served basis, but is expected to be heavily oversubscribed.

As such, £4m will be available initially, with the remaining half of the pot reserved for a future funding round. Payments will be quick, Creative Scotland says - within 20 working days of application.

Scotland recorded its highest ever rate of Covid infections over the Christmas period.

One-metre social distancing has been reintroduced and events were restricted from Boxing Day to a maximum of 200 people indoors and 500 outdoors.

There is no word yet on how another £31.5m for arts and culture announced by the Scottish Government will be delivered.

Scotland has bolstered its long-awaited cut of the Culture Recovery Fund by ringfencing £20m for culture from a £100m business support package, which the cancellation fund is drawn from.

Altogether, £65m has been announced for Scotland's arts, culture and events since mid-December.

Munro agreed that "the Covid-19 rollercoaster seems never ending" but said Creative Scotland is working with the sector to ensure events can continue.

Each of the four nations has its own approach to supporting creatives in the new year, though most focus on organisations over individuals.

A second round of emergency resource support for English organisations - the eighth iteration of the Culture Recovery Fund - is open for applications via Arts Council England.

Like Scotland and Northern Ireland, the country has temporarily closed nightclubs to reduce the risk of Covid transmission.